Black Panther Leads Avengers Spinoff with the Agents of Wakanda

Int he world of comics, Black Panther is now the chairman and leader of the World’s Mightiest Heroes.

In this week’s Avengers #12 and Thor #9, both written by Jason Aaron, we got a look at the first big move T’Challa’s made in the position. He’s reformed SHIELD but in a radically new way.

Marvel has revealed another new series launching Black Panther and the Agents of Wakanda. It spins out of Avengers and starring the covert ops team assembled by Black Panther to handle the business the Avengers can’t.

The addition of the new series Marvel Comics was recently announced on Marvel.com. Writer Jim Zub and artist  Lan describes the book as a “Kirby-fueled Mission Impossible.”

“BLACK PANTHER AND THE AGENTS OF WAKANDA is Kirby-fueled Mission: Impossible in the Marvel Universe.

It’s over-the-top action and unexpected twists with a cast of characters pulled from strange places in the Marvel Comics canon.

This is a strike force of misfits and monsters tasked with defending humanity and that gives me the freedom to tell a huge range of stories – serious and sadistic, epic and emotional.”

“The initial slate of missions I pitched to editor Wil Moss included some really out-there elements: obscure Marvel creatures, off-the-wall connection points between old and new stories, and brand-new villains I’ve had jangling around in my mind for quite a while,” Zub continued.

“The fact that Wil responded enthusiastically to all of it and dared me to up the ante, even more, got me excited about where we can take this series.”

“Around the world, other worlds, other dimensions, cosmic calamities, and unexpected guest stars—sure, why not?

I want readers to come to each issue primed for excitement but never quite sure of where we might take things next,” the writer concluded.

Writers Talk about the new series

It’s unclear, and even a little unsettling, that Marvel has somehow found a way to produce fuel out of legendary comic book artist Jack Kirby.

Nevertheless, the series does sound interesting, especially for those enjoying the team’s exploits in the pages of Avengers. Says Zub:

Jason assembled a really bold group of weird and wonderful heroes. I’m using that as the foundation for the series and building up from there. 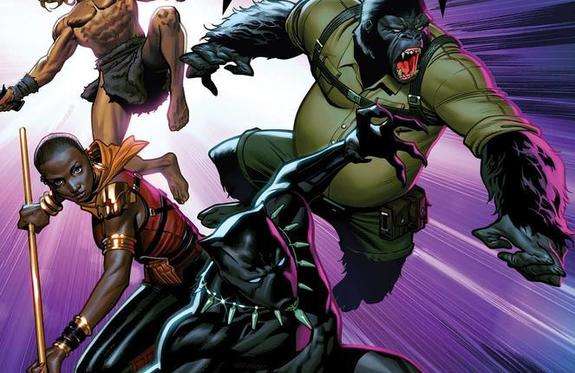 Black Panther is at the forefront, of course, but each story will also rotate in or out other agents as needed, mixing up our character dynamics to keep it fresh and fun.

The Agents of Wakanda are part of the broader Avengers support structure, but also operate independent of Earth’s Mightiest Heroes, dealing with a staggering array of dangers, big and small.

That’s what Jason started with, and I’m pushing that out even further.

In the new series, we’ll be seeing the King of Wakanda spearheading a group of the radar task force with a hell of General Okoye.

The hidden operation is introduced by Agents of wakanda as other agencies like the Wasp, Ka-Zar and Gorilla-Man come together to take on threats across realities…

The new Marvel series, Black Panther and the Agents of Wakanda #1 will be launching in September.

Black Panther sequel was confirmed just after the first film went highly successful and became Oscar winner, turned out into a 2018 blockbuster. Since then,...
Read more
Black Panther

10 Facts About Wakanda The MCU Has Not Yet Revealed