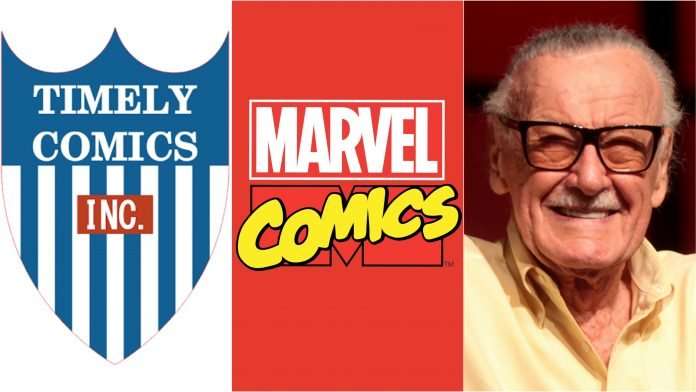 Marvel or Timely Comics was found in 1939 by Martin Goodman, a New York Magazine publisher. The name Marvel was given in 1961. Marvel was found five years after DC.

The reason Marvel became such a big hit would be that every superhero had a believable origin. Every power they possessed every supernatural ability was accounted with and based on facts. Ever watched a Marvel movie or read a comic book and then found out the things you have missed to notice while reading? Marvel proves it’s worth in every tiny detail. Not a single plot hole and not a single error in the timeline.

Marvel’s famous writer/publisher/content creator is Stan Lee. He is the father of many superheroes. His imagination and artistic creativity are what we enjoy while we see every Marvel movie. And his cameos in every Marvel movies are something no one can forget. From cutting off Thor’s hair to saying “Superheroes? Oh, give me a break” in Avengers, He gives us a giggle and makes us in complete awe of the old man. Stan Lee is the inspiration to many comics out there.

Marvel has broken box office records; has won three Oscars in Black Panther and has made fans worldwide. Today we celebrate Marvel for all its grandeur and for making our imaginations run wild and creative. Also for giving us something to look forward to and for creating a universe where we lose ourselves and fight for justice, even though it’s just fiction.

What we owe to Marvel Universe

Thanks to Marvel for giving us characters we connect to, every superhero has their powers. Still, they also show their vulnerable human nature, making them just believable. Ever since Endgame ended, fans have been grieving the loss of Tony Stark and Black Widow and wondering and petitioning if they will ever get to see their heroes again. Phase 4 of MARVEL is here, and it looks promising.

From Captain Marvel to Scarlet Witch Marvel has also given female superheroes even though it was found back in the days, where feminism was not that big a deal. That shows that Marvel is a Gem which will endure through time creating content for every audience. Black Panther went on to be the first African-American Superhero movie breaking records. So, Dear Marvel Fan, wear Marvel badge with pride!

Thank you, Martin Goodman, and above all to every writer and to Stan Lee, for adding the streak of fun to our lives!

For years comic books were the only pals of so many socially awkward kids across the globe. In other words, they were the sidekicks...
Read more
Comics

Some heroes will not shy away to go infinity and beyond to get some action. Here are 5 Marvel heroes who have left Earth...
Read more