The Best Movies of the Decade 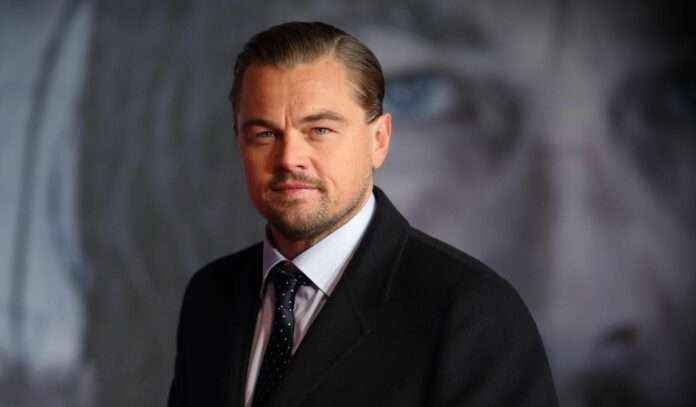 With the 2010s coming to an end, we list down some of this Decade’s Best Movies. The 2010s has definitely been a roller coaster ride for the cinema of all kinds. From Disney’s rise to dominance to the diverse outlook of indie cinema, we have had it all in the past decade. Moreover, we have also seen the rise of streaming giants where cinema is concerned.

However, in the end, it is all about the films. And throughout the 2010s, audiences have been spoilt for choice no matter the genre. Be it superhero, horror, thriller or even historical, we have got a perfect mix of films in the decade that went by.

Below is a list of 10 of the top-ranked films of the past ten years. Find out which ones made the cut.

10. Interstellar, 2014, Is Undoubtedly One Of The Decade’s Best Movies:

Christopher Nolan’s galaxy-traversing sci-fi epic about mortality and love has had quite a weird life. Audiences, as well as critics, have praised the film for its meticulous and scientifically accurate space travel effects. Moreover, the film has been quite divisive for its conclusion. This conclusion states that “love is the one thing we’re capable of perceiving that transcends dimensions of time and space.” In conclusion, Interstellar is one movie that is incredibly purposeful.

9. Silver Linings Playbook, 2012, Is Also Amongst The Best Movies Of The Decade:

Silver Linings Playbook could have a movie that was manipulative, messy or even offensive. However, director David O. Russell found the right approach for the film. Furthermore, he ended up telling an engaging and relatable human story which was not only heartfelt but also entertaining.

Moreover, doing something like this required a great amount of skill from Russell, but he was also helped immensely by his talented cast. Bradley Cooper surprised in a dynamic role that showcased his acting range. Even actress Jennifer Lawrence announced herself as Hollywood’s newest megastar with a commanding turn that demanded audiences’ attention. And Robert De Niro was back in his vintage, Oscar-worthy form.

Most people argue that Whiplash has the best movie ending of the decade. Which says a lot, to be honest. The ending is an energized showdown between Miles Teller’s angsty drumming student and J.K Simmons’ bully of a teacher. Furthermore, it is a great battle of wits, which is further driven by off-the-cuff drumming.

The film took 12 years to make, but it turned out to be more than just a gimmick movie. Boyhood tells the Texan childhood of Mason from 6 to 18. It explores divorce, first loves, and Potter mania. Furthermore, Richard Linklater’s real-time encapsulation also gives us a glimpse into an intimate account that is personable and relatable. While the writer-directors deft eye for emotional truth gets the project off the ground, it’s the performances he evolves that complete the vision. Additionally, Patricia Arquette and Ethan Hawke as the split parents make Boyhood so much more than a nostalgic throwback to youth.

6. Wonder Woman Hit Theatres In 2017 And Instantly Became One Of The Decade’s Best Movies:

Diana Prince came out as a star in her solo outing with Wonder Woman. It was the first female-lead superhero movie made in over a decade. Furthermore, it defined itself by not relying on gender limitations. It is a movie where mythology meets wartime period action meets Superman: The Movie–style wistfulness. However, Patty Jenkins’ film shows how superhero movies can distill a myriad of sources to tell a story that is fundamentally about present times.

This Scorsese-inspired dive into the Joker’s origin starring Joaquin Phoenix completely changed superhero cinema. Joker became a lightning rod for discussion. And soon after its release, the film was drowned amidst controversy about fears of violence and a lot of other things. However, what Joker is, purely, is a twisted character exploration. It tells us a story filled with dread, homages, twists and, a few jokes.

4. The Social Network From 2010 Is Undoubtedly One Of The Decade’s Best Movies:

We doubt that there is any other film from the 2010s which has aged as finely as The Social Network. Today, the movie stands out as a look at how drunken rejection and teenage jealousy can change the way our world works. David Fincher and Aaron Sorkin’s masterful team up in the film remains a fascinating parable of misplaced power, manipulation, birthright and the American dream.

Nothing quite sums up Damien Chazelle’s heartbreakingly-true look at lost relationships and the sacrifices necessary for success than La La Land. The film manages to be a lot, especially when looking at from the industry perspective. Not only is it a throwback to old Hollywood musicals, but it is also a satire of the modern moviemaking business. However, the one thing that connected the movie to audiences was the fraught, regretful love of Seb and Mia.

2. The Animated Movie Inside Out, From 2015, Is Another Great Movie Of The Decade:

The 2010s were a rocky decade for Pixar. The company saw a lot of troubled productions and Disney-mandated sequels rocking their status quite a lot. Luckily for them, Peter Docter managed to maintain his title as the studio’s deftest filmmaker with a metaphysically literal look at the ethos behind the Emeryville Titans. The key to real Joy is Sadness, which was the lesson of Inside Out.

1. Inception, 2010, Is Undoubtedly The Best Of All Of The Decade’s Best Movies:

Things changed in the movies after Inception’s release in 2010. Christopher Nolan’s dreamscape was realistic yet impossible. Furthermore, it showed us the worth of practical effects, of realism to the fantastical, and of IMAX cameras. Additionally, it also brought to the forefront the need for cohesion, care in building a world and rules. Even though many feel the film is exposition-heavy, it still meticulously gives you all the clues. Also, it ensures that there is an emotional core at its very heart.