The News Fetcher
Home Celebrity Deepfake video of Chris Evans as 'Homelander' of The boys is super...
Celebrity 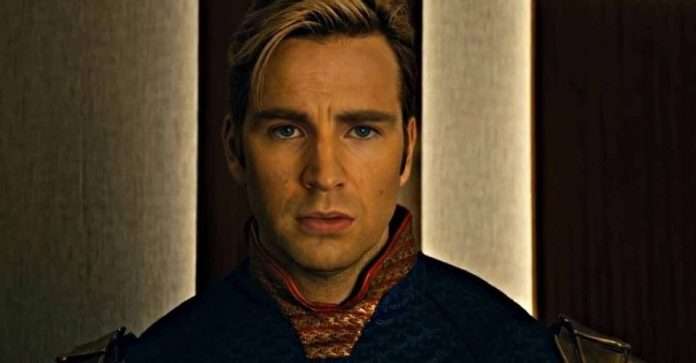 Chris Evans imagined as The Boys’ Homelander is super disturbing. The Homelander (Antony Starr) initially appeared to be a Captain America copy on the Amazon Prime hit show, his character is far more villainous. The Boys is all about subverting superhero stereotypes, with Homelander being the prime example.

It’s fair to say that the caped hero is the antithesis of Captain America in every way. Captain America chose to punch Nazis in the face, while Homelander chose to date the Nazi Stormfront. In spite of Captain America’s personal woes, he chose again and again to be a hero, proving himself worthy to wield Thor’s mighty hammer Mjolnir. The leader of the seven is unapologetically selfish, allowing a whole plane of innocent people to crash to their deaths. He also raped Becca Butcher and has a weird milk fetish. Homelander is basically the psychopath’s version of Captain America.

Thanks to a deepfake from Reddit user d4Danger, fans can see what Chris Evans would look like as Homelander. Even without sound, the video is disturbingly realistic. There are several clips of Evans looking appropriately smug and menacing in Homelander’s costume.

While the video is incredibly well-done, it’s challenging to actually imagine Chris Evans as Homelander. Antony Starr does such a fantastic job of delicately balancing the line between Homelander’s unquenched thirst for adoration and his bloodthirsty side. Chris Evans also played the conflict within Captain America well. However, that character conflict was more of a fight between Captain America’s dedication to protecting the people in contrast to his desire to be selfish and dedicate the rest of his life to loving Peggy.

Chris Evans might be done playing Captain America in the MCU, but Homelander’s story in The Boys is just beginning. The season 2 finale just ended with a disgusting Homelander scene that certainly set the tone for a darker season 3. Homelander’s character is really disturbing on The boys and that’s what makes this show so fun to watch.

Lilly James has been in the news a lot lately, and it especially involves her dating someone or kissing someone or trying to reconcile...
Read more