The News Fetcher
Home TV Netflix Lucifer: Why Do Fans Think Chloe Is More Important Than It Seems?
TVNetflix 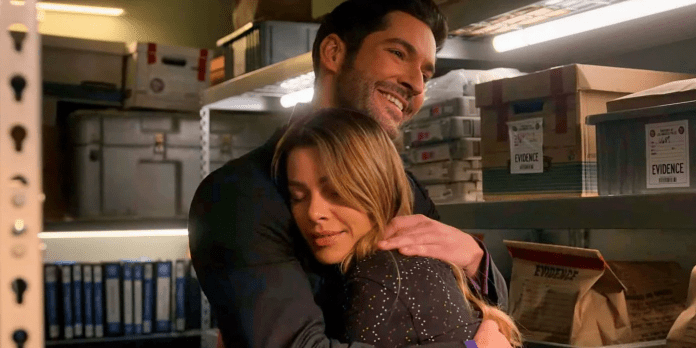 The fifth season of Lucifer has shed some light on questions that have plagued fans since season 1, but it still hasn’t unravelled all the show’s mysteries. One of the most contentious plot points for characters and fans alike is the role God played in Chloe’s existence. The question still lingers — was she meant to be a gift for Lucifer (Tom Ellis)?

Before Detective Chloe Decker (Lauren German) was born, God sent Amenadiel to bless her parents, who had been having trouble conceiving. While Lucifer’s brother Michael said she was a “gift from God” to Lucifer, the real motives surrounding this move remain unclear.

Chloe has proven herself to be “special.” She’s always been impervious to Lucifer’s influence when he asks the question, “What do you truly desire?” And for most of the series, Lucifer’s invulnerability has faltered whenever he’s around her — leading to him actually being injured. Some fans theorize this “weakness” is actually part of the gift.

Could Lucifer become mortal for Chloe?

In season 5, amidst Chloe’s discomfort at the thought of being created just for Lucifer, Amenadiel says she’s the only mortal that sees Lucifer for who he truly is. Other people look at Lucifer and see their own desires reflected back at themselves, but Chloe just sees him. That ability is the gift, Amenadiel says.

Following this, Lucifer has the revelation that he’s been subconsciously making himself vulnerable around Chloe. He becomes fully invincible once more.

Some fans theorize that Lucifer could actually become mortal through this vulnerability. Maybe Chloe presents a choice for him to live as a mortal. If he chooses to be fully vulnerable, perhaps he could grow old with her and leave Hell behind for good. However, if that were the case, Hell’s vacated throne would be a loose end to tie up.

Lucifer’s season 5’s midseason break shows the big man himself make his first appearance, as God comes to break up a fight among Lucifer, Amenadiel, Michael, and Mazikeen. Presumably, he’ll stick around a little longer in the second half of the season.

Then, perhaps, we’ll finally learn just what he intended when he sent Amenadiel to bless Chloe’s parents.

1997’s teen slasher I Know What You Did Last Summer became a classic hit—and now, Amazon Studios plans to adapt it into a YA...
Read more
Disney+

Disney+ Is Introducing An Advisory Warning For These Movies

Any Disney animation fan worth their salt can tell you that the House of Mouse faced a real pickle when it started offering its...
Read more
Disney+

What Does Disney’s Focus On Streaming Has In Store For MCU?

The future of the MCU might look... smaller Bob Chapek, the CEO of Marvel-parent company Disney, recently announced a major structural reorganization at the House...
Read more