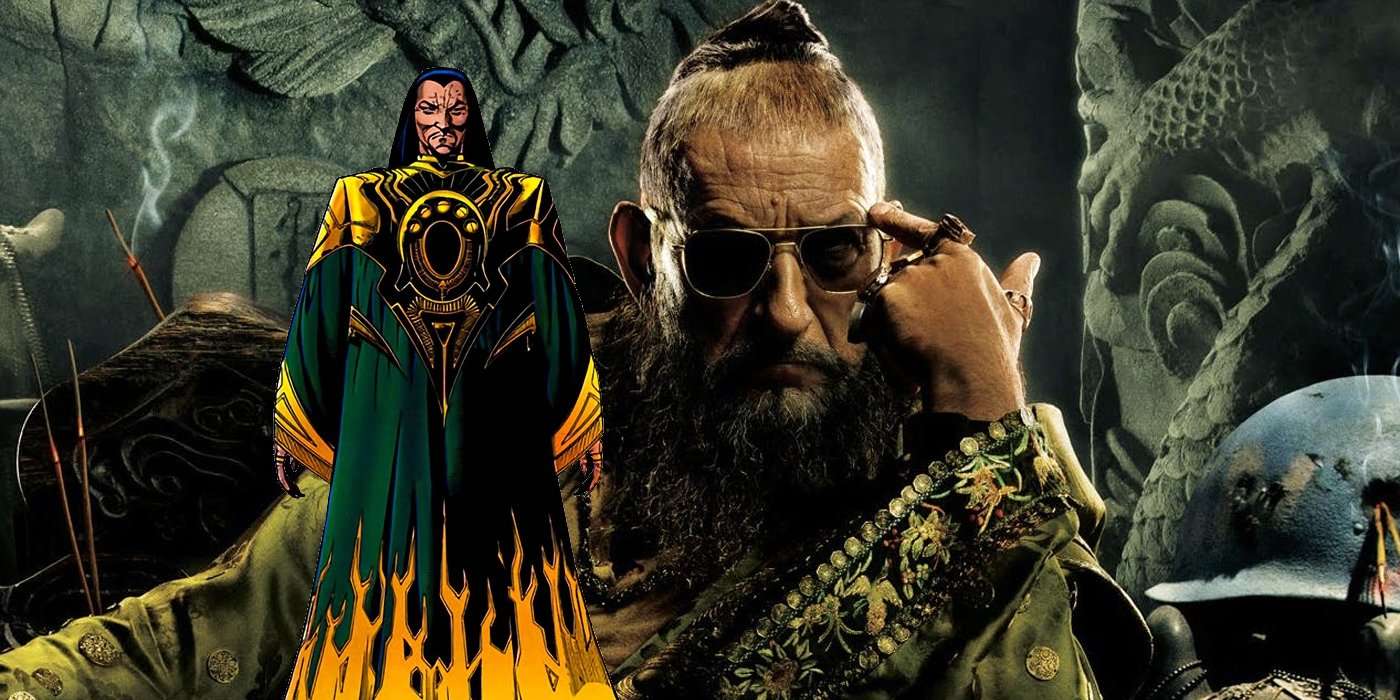 A Look At All Of The Mandarin Rings:

The Mandarin Rings are quite famous in the MCU. And with the release of Shang-Chi and the Legend of the Ten Rings, the real Mandarin will make his debut in 2021. Originally an Iron Man villain, The Mandarin made his first appearance in Tales of Suspense #50.

Proving to be an excellent foil for Tony Stark, Mandarin became famous for using his mystical rings, also known as Mandarin Rings, against Iron Man’s technology. This is because each of his ten rings has extraordinary power in them. The following list ranks all these Marvel Mandarin Rings from the weakest to the most powerful.

10) The Incandescence Or The Flame-Blast Ring On His Left Ring Finger Is Amongst The Weakest Mandarin Rings:

A very cool ring to look at, the Incandescence helps the Mandarin to shoot fire from his hands. However, when compared to other Mandarin Rings, this one doesn’t necessarily rank at the top. Some even consider it the weakest of all his rings. It won’t stand Spidey’s slinger as well.

9) Another One Of The Weaker Marvel Mandarin Rings Is The Lightning Or The Electro-Blast Ring On His Left Middle Finger:

The Lightning has the same problem as Incandescence. Even though it looks cool, it can easily be defeated with water and an insulated suit. It cannot fight the God of Thunder. At most, it could probably short out Iron Man’s Armor, but even then, it will not suffice.

8) The Zero, Or Ice Blast Ring On His Left Little Finger Is Also Quite Weak:

Amongst the most powerful of all his element rings, Zero can produce intense cold and ice as well. It can also freeze Mandarin’s enemies in blocks of ice, thereby making them immobile. Even though some heroes can escape the trap set by this ring, it is still a death sentence for most.

7) The Influence Or The Impact Beam Ring On His Right Index Finger Is Still Better Than Others:

Influence can generate beams of concussive force, similar to the optic beams of the Cyclops. Furthermore, it has two main settings. First, it can produce a concussive blast or a sonic blast. This ring would prove to be the Mandarin’s most potent weapon, especially if he were to be a symbiote hunter like Blade. However, for now, it is still quite weak. This is because even though it can create a lot of damage, it is still not enough to create a mega event.

6) The Spin Or The Vortex Beam Ring On His Right Middle Finger Gives The Mandarin One Of His Best Superpowers:

The ability to fly is undoubtedly one of the best superpowers anyone can have. And Spin helps the Mandarin to do just that. It controls the air around him, thereby enabling him to create a vortex that can be used as a weapon or as a method of transportation. This ring is high on the list because it gets its power from its environment. In saying so, as long as there is air, there is a means to harness Spin’s energy, making it among the most powerful of all Mandarin Rings.

5) The Nightbringer, Or The Black Light Ring, On His Right Little Finger Is Amongst The Top Mandarin Rings:

From the outside, it might seem that the Nightbringer could not rank among the powerful rings that Mandarin has. However, being able to create areas of darkness can help anyone make a quick getaway in case of any unforeseen danger. This ring gets its powers from the Dark force dimension. It is the same dimension that Cloak uses to teleport and act as a weapon against criminals. So, if the Mandarin uses this ring in a similar way, he could become even more powerful.

4) The Spectral, Or The Disintegration Beam Ring On Mandarin’s Right Ring Finger Is Quite Powerful Too:

Spectral has the potential to be the greatest of all Mandarin Rings. However, it does have its limitations. While this ring can destroy anything it touches, its powers are limited only to inanimate objects. Additionally, if Spectral was able to disintegrate anything, the Mandarin would become more powerful. However, the ring also takes around 20 minutes to recharge. This proves to be another limitation of Spectral.

3) The Remaker, Or The Matter-Rearranger Ring, Which Mandarin Wears On His Right Thumb, Is One Of His Most Powerful Rings:

When the intimidation factors of the other rings don’t work, the Remaker becomes the perfect ring for the Mandarin to use. It can manipulate the atomic structure of matter. It can even transform the air into a toxic gas or can solidify the air into cement, thereby encasing Mandarin’s enemies. Most Marvel heroes need air to survive. So, if the Mandarin can turn the Remaker into a weapon, it becomes a lot more powerful and dangerous.

2) The Daimonic, Or The White Light Ring On His Left Thumb, Ranks As The Second Most Powerful Of All Mandarin Rings:

The Daimonic has four different uses against Mandarin’s enemies. It can produce bursts of light, gravity fields, magnetic fields as well as image projection. Moreover, each of these beams is powerful in their own right. Therefore, when we combine them, it becomes even more hard to fight.

All of the other Mandarin Rings can generate huge amounts of energy and cause a lot of destruction. However, the Liar is the ultimate powerful ring. It can mess with people’s minds, and thus help Mandarin to avoid all the chaos. This ring has two main powers, creating illusions and paralyzing the victims’ minds. So, if you can create the illusion of destruction, you can basically get the same result without causing extra damage.