A Look At The Robert Downey Jr. Movies In MCU:

We know how the MCU makes its debut in the world. When Iron Man hit theatres in 2008, Downey was in it as the eponymous hero. Since then, the MCU has made over 20 movies, and many more are currently in development.

Iron Man starts it all in the MCU. Furthermore, Downey reprised his role for nine more Marvel movies later on. This includes his cameo in The Incredible Hulk along with his appearance in Spider-Man: Homecoming. Downey’s time in the MCU, unfortunately, ended with Avengers: Endgame. The film marks the end of his arc as Iron Man with an incredibly heroic death.

However, Downey will likely make an appearance in one more Marvel movie, Black Widow, in 2020. Post that, the actor will be free to work on as many projects as he wishes to. Subsequently, we hope that the number will be more than he has done in the last decade.

The Robert Downey Jr Movies Of The Last Decade:

Downey’s portfolio of films in the last 10 years is mostly Marvel properties. This includes Iron Man 2, Iron Man 3, as well as the four Avengers movies. He is also there in Captain America: Civil War, Spider-Man: Homecoming and Far From Home. However, he appears in Far From Home only through archive footage.

Outside the superhero world, we can see Downey only in five movies, two of which are cameos. The first cameo is in Todd Phillips’ Due Date, in 2010, alongside Zach Galifianakis. In the film, Downey plays Peter Highman, an architect who has to get across the country in time for the birth of his child. However, he is forced to road-trip with an aspiring actor.

Of the other non-Marvel Robert Downey Jr. Movies, Sherlock Holmes: A Game of Shadows is probably the most famous. In the film, he plays the famous detective Sherlock Holmes. The film is also known for leaving audiences with a major cliff-hanger. We are still waiting for it to be solved in the near future. 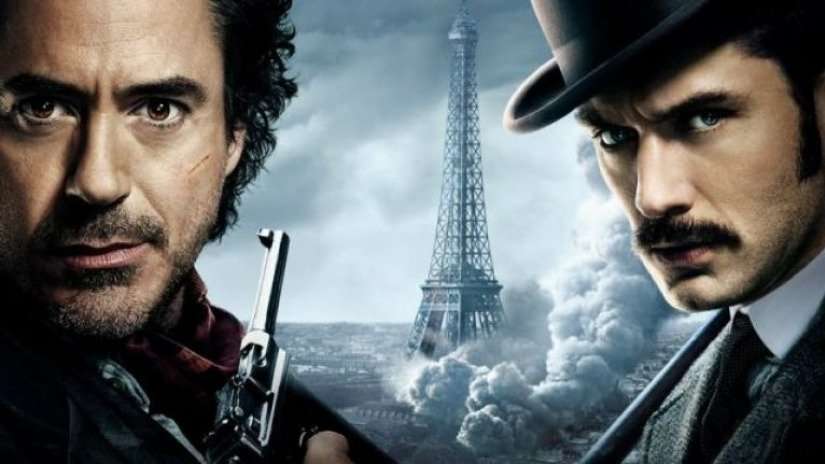 Following Iron Man 3, we see Downey’s cameo in Jon Favreau’s Chef. He then stars in The Judge, along with producing the film. In the film, he plays Hank Palmer, who is a brilliant, yet shady attorney. He goes back to his hometown after finding out about his mother’s death. The tension between him and his father, Judge Joseph Palmer, re-emerges.

Next, Downey has a semi-hidden cameo in Shane Black’s The Nice Guys. The film’s star Russell Crowe and Ryan Gosling in the lead. Downey plays the body of Sid Shattuck, found by Gosling’s character at a party.

There are many Robert Downey Jr. Movies and other projects currently under development. These projects are waiting for their release and are not a part of the Marvel universe. The actor will be starring in the fantasy adventure comedy Dolittle as the titular character of veterinarian Dr. John Dolittle. The film will hit theatres sometime in early 2020.

Additionally, he is also a part of Jamie Foxx’s sports comedy All-Star Weekend. However, the one project we are most excited about is his Sherlock Holmes 3. It’s been years that we have been waiting for to know how he survived the Reichenbach Fall in the version. We also want to know how Watson is going to react to it.

Robert Downey Jr is as special to me as Tony Stark is to Peter Parker, says Tom Holland

The Infinity Saga events were one of the most heartbreaking moments in Marvel. Either it is Thanos' snap who turned our beloved superheroes into dust...
Read more
Iron Man

We love Tony Stark and he will be remembered for what he did to save the universe. His sacrifice for his love, friends, the...
Read more