‘The Boys’ Season 2 Finale: Here’s What Stormfront Said in German 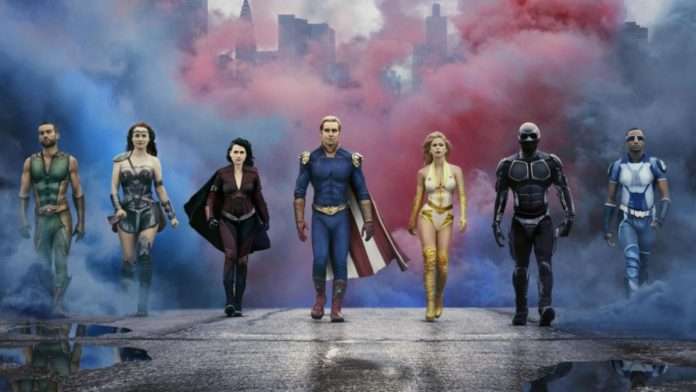 If you haven’t watched The Boys season 2 finale, please stop yourself from moving further, go watch the show, and come back to continue reading.

While she’s lying helpless on the forest floor, Stormfront begins to mutter something in German, but what is she saying? In order to answer this question, we’ve searched through the German dictionary- to translate what she says before Homelander asks Ryan if he’s responsible for what just happened- this is what we found out from our work:

“Do you remember the day when I stuck my arms out of the car window? We found the perfect spot by the river in the shade of an apple tree. It was the first time…”

Eric Kripke, while talking to IGN, said that “Stormfront here is remembering a time with [Frederick] Vought and her daughter,” Kripke also told IGN that “We thought that her pained, wounded, and slightly insane thought would be back to the time she’s the happiest. So we wrote a little speech about the moment she was happiest in her life and we translated it in German.“

The season 2 finale is certainly one of the most entertaining episodes so far. It also gave rise to a few questions which will probably be answered in Season 3, which has already been confirmed by the show-runners.