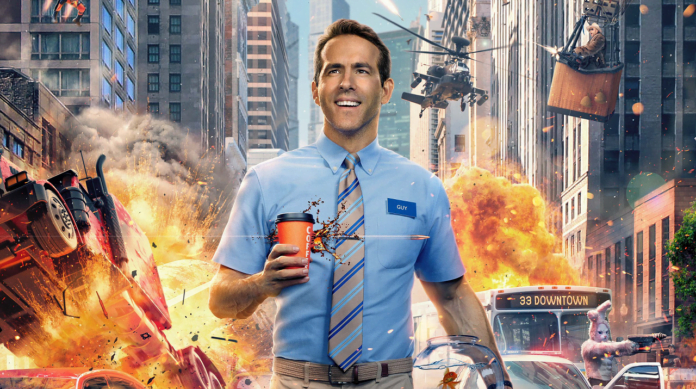 The Free Guy Trailer recently released during the 2019 CCXP panel of the film, in Sao Paulo. Furthermore, it revealed Ryan Reynolds as an NPC in a video game who eventually gains sentience. Off recently, Hollywood has been adapting all manner of book, comic as well as video game properties for live-action successes. In saying so, Free Guy is a completely original idea. This is regardless of being deeply rooted in video game culture.

What Is Free Guy? 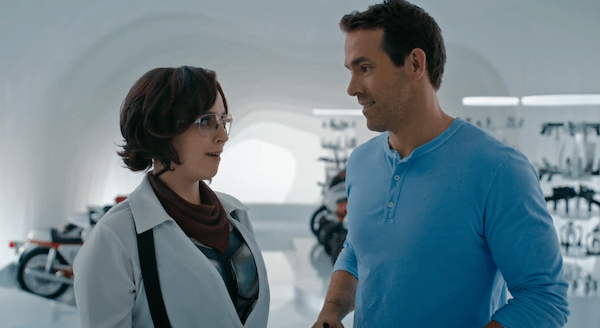 The Free Guy movie has Shawn Levy as the director, with a script by Matt Lieberman. Furthermore, the film will hit theatres in the prime blockbuster season in July 2020.

For now, we don’t know a lot about the film. However, based on the Free Guy Movie Trailer, we did get a glimpse of a few things. Free Guy does not have any base on any previously established property. However, it does have a talented cast, with the Deadpool actor Ryan Reynolds headlining it. Killing Eve actor Jodie Comer and Stranger Things star Joe Keery also join Reynolds. Additionally, Lil Rel Howery of Bird Box fame and Utkarsh Ambudkar from Brittany Runs a Marathon, along with Taika Waititi of Thor: Ragnarök also joins the star cast of Free Guy.

The Details From Trailer:

The first Free Guy Trailer reveals Reynolds as Guy, the NPC in a video game named Free City. He is a mild-mannered bank teller who starts gaining sentience and realizes that he lives within the world of a video game. During his adventures, he goes on to meet other video game characters. Some of these are avatars of real people.

As revealed in the Free Guy Trailer, Reynolds’ Guy gets tired of his normal life. Bank robberies and hostage situations are a daily phenomenon in his normal life. Subsequently, he decides to stray away from his usual path. Thereafter, he learns that he is a character in a video game and sets out to become a hero in his world.

He finds an ally in Comer’s character. Soon after, we see Waititi’s character as more of an obnoxious villain. Further references in the Free Guy Trailer suggest that the film is a 20th Century Fox movie. This movie now falls under Disney, ever since it acquired Fox’s movie and TV assets in early 2019.

Furthermore, Free Guy has more of a tongue-in-cheek kind of action-comedy. This not only honors but also pokes fun at the whole culture of video gaming. However, we will still have to wait until next summer to see if it is effective enough with casual audiences.