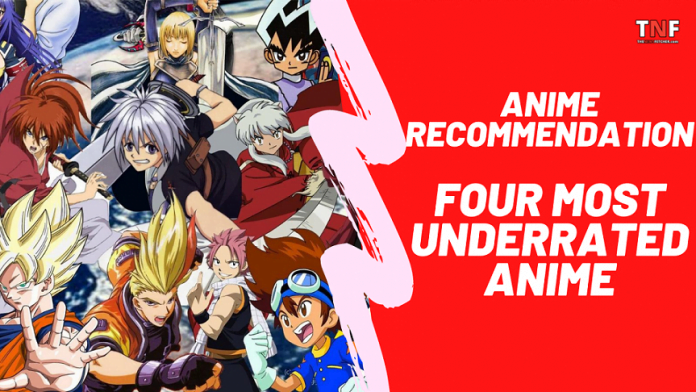 Every year we have hundreds of new anime releasing and existing anime making sequels. Some anime quickly gain name popularity and recognition such as Demon Slayer or Tower of God. However, there are absolute underrated gems that we missed out on. Today we’re going to look at particular underrated and unknown anime that we feel everyone needs to try out. Here’s our anime recommendation for 2020—a list of four underrated animes.

There are many great psychological and sci-fi anime that have gained great fame and recognition, namely ‘Steins gate’ and ‘Death Note’. If people are looking for something that is deep and philosophical or if you’re looking for a great sci-fi crime thriller, Psycho-Pass is the one for you. Psycho-Pass is a crime thriller set in a dystopian 22nd century in Japan. Where, in simple words, a computer dictates your life choices and how you lead it.

The Plot of Psycho-Pass: 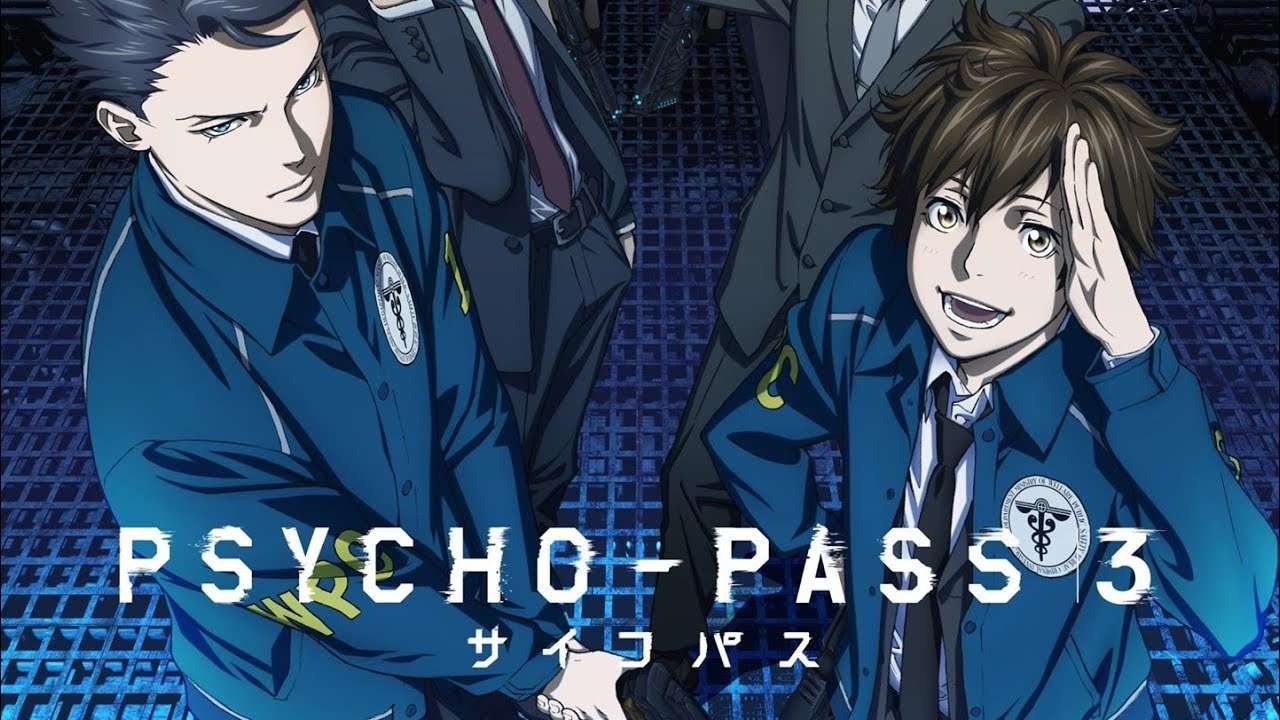 The plot revolves around the police force. The anime shows how the computer system labels citizens based on an analysis of a person’s mental health. Psycho-Pass is an excellent psychological anime. It has multiple fascinating and conflicting characters. Psycho-Pass forces you to ask a few difficult questions to yourself.

It has three seasons a movie and several side stories all integrated to the main plot. I loved the antagonists in this show, especially in the first season. The characters morality and stress are drawn out beautifully in the show.

Why do we recommend Psycho-Pass?

We see many different perspectives and actions of the – characters based on their positions and how the system limits their role. The setting and environment are beautifully depicted. The futuristic tech and context are given a lot of depth and life, and it explains every aspect of human life in the setting.

The only weak point of the show is the second season which was a bit too rushed. However, the first season is a masterpiece with several twists and turns that will always keep you wanting for more.

Psycho pass is a show I would recommend to all, especially at least the very first season. Sci-fi and crime thriller fans give this a watch.

As an anime fan, there have been times when I am asked ‘who is my favourite anime character?’. Well, this anime answers the question.

The Plot of Re Creators

The plot of creators revolves around how suddenly the characters from anime, manga, light novels and video games appear on our world. It has all the anime stereotypes such as mecha, magic girls, knights, main character rivalries and yes characters used for fan service. However, the main difference is the way they are implemented. I appreciate how a magic girl from a kid anime was shown as an intense and morally conflicting individual in this anime.

Why do we recommend Re Creators?

The animation quality of Re Creators was top notch. I would say the animation quality could be compared to Ufotable. The soundtrack was made by HiroyukiSawano the legend who worked on Attack on Titan. He did a great job in this and I enjoy listening to both the openings and the soundtracks multiple times. The fight scenes are of exceptionally high quality, and I enjoyed watching the fight scenes and their animation. It definitely can be re-watched numerous times, and you will still enjoy it. The humour in Re Creators is well placed and its a pleasant and welcome diversion from the battling.

A slight drawback would be how the main antagonist Altair not to be confused with Assassins creed, was overpowered, and the ending was a bit convoluted.

Overall I would highly recommend this anime to anyone who has experience of watching anime to give this show a try.

3) Grimgar of fantasy and Ash

The next anime recommendation is Isekai. I would confidently say its definitely one of the best Isekai anime I’ve seen.

The Plot of Grimgar of fantasy and Ash

The plot revolved around a bunch of strangers suddenly transported to a fantasy world and are forced to fight for survival. It is a kill or get killed situation. The world and the environment are bright and colourful. However, it has a dark and menacing feel to this beautiful fantasy world.

Why do we Grimgar of fantasy and Ash?

The characters’ feeling grounded and human each one having a distinct personality. The hate argue bicker yet as a party, they show a strong bonding, and it almost feels like the characters are one big family. Another significantly positive thing about Grimgar of fantasy and Ash is how the characters are not overpowered. The show is revolved around teamwork, and it makes collaboration feel more practical and real. You cannot achieve anything alone in this world, and the show emphasises it.

It also has a lot of sad moments, and as an audience, you feel bad for them. This show may seem simple and straightforward, but there’s more than what meets the eye. I would highly recommend this anime to Isekai fans.

4) WorldEnd, What Do You Do at the End of the World? Are You Busy? Will You Save Us? 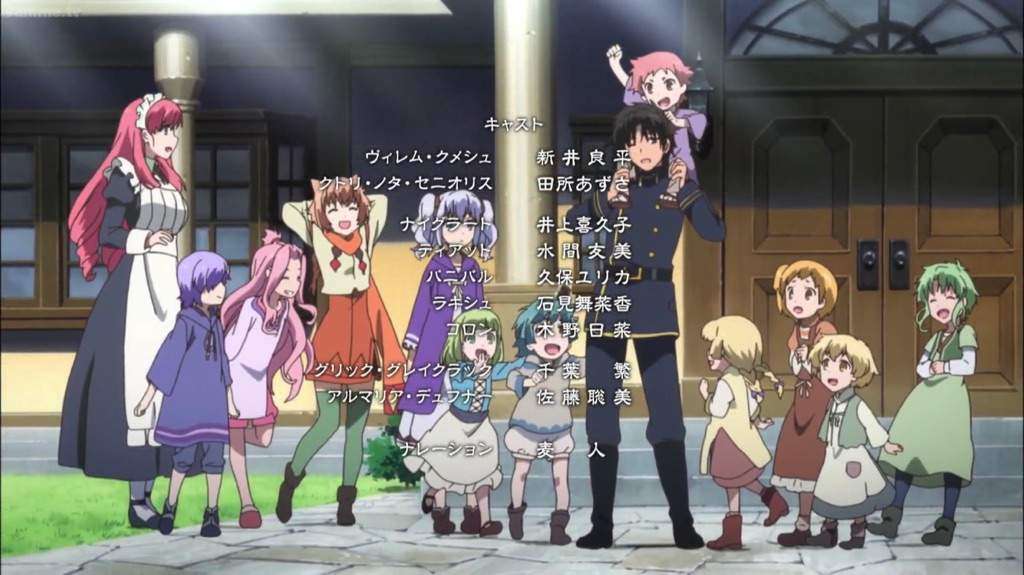 I have never been a fan of romance in anime for the most part. However, this anime got me searching for my tissues towards the end.

The plot of the anime revolves around Willem the last living human after all humans were driven to extinction 500 years ago by terrifying creatures called beasts. Now he lives among demi-humans in a sky island afraid to touch land because of the presence of these beasts. His life takes a new turn when he is in charge of taking care of Leprechauns a cursed group of fairies whose sole purpose of existence is being weapons to fight beasts. What follows is the struggle between the demi-humans and the beasts and Willem’s relationship with these cursed beings.

Why do we recommend WorldEnd?

The bright and colourful world brings a lot of sadness and sorrow along with it. I loved the love story between Willem and Chtholly. It reminded of another tragic love story I liked that of Minato and Kushina from Naruto. The story of Willem and Chtholly is of two broken souls trying to find meaning and comfort from each other. The music is excellently placed and conveyed the sombre tone of the show beautifully. There are so many more reasons why this anime made it to our anime recommendations.

AnimeLog – Free and Legal way to watch over 3000 Animes

It can be a little overwhelming at points. It has only 12 episodes, but these 12 episodes carry a lot of emotion in them. WorldEnd is an emotional rollercoaster, and it delivered a compelling love story. It deserved its place in our anime recommendations.

Prashaalhttp://thenewsfetcher.com/
My name is Prashaal. I'm 21 year's old I'm a college student from India. I have been watching Anime for almost 5 years now and it's a part of my life. I love anime and enjoy watching and expressing my views about it