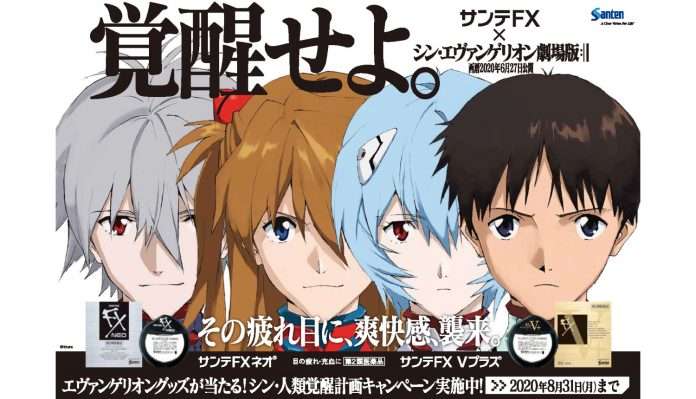 Right before the Friday debut screening of Demon Slayer: Kimetsu no Yaiba The Movie: Mugen Train in Japanese theatres, a new trailer for Evangelion 3.0+1.0: Thrice Upon A Time was shown. This Studio Khara film is now scheduled for a January 23, 2021 release.

Directed by Hideaki Anno (The Wind Rises, Shin Godzilla, and the creator of the anime series Neon Genesis Evangelion), this movie was supposed to be released on June 27. But due to the COVID-19 pandemic and the ensuing restrictions on movie screenings, it was pushed back indefinitely until the latest announcement.

Evangelion 3.0+1.0: Thrice Upon A Time is the final anime movie of the Rebuild of Evangelion film series, which was basically a remake of the Neon Genesis Evangelion anime series. It has three films so far—2007’s Evangelion: 1.0 You Are (Not) Alone, Evangelion: 2.0 You Can (Not) Advance, released in 2009, and Evangelion: 3.0 You Can (Not) Redo in 2012. Evangelion 3.0+1.0: Thrice Upon A Time was actually hinted at the end of the 2012 movie, and was supposed to have released in 2015. Due to Hideaki Anno’s work on Shin Godzilla and his own mental health, the movie was pushed back.

All three earlier films will be having new MX4D and 4DX screenings in Japanese theatres on December 4, 11, and 18, respectively in their successive order.

The first 10 minutes and 40 seconds of the movie were released in July 2019, which was screened at the Japan Expo event in Paris, Anime Expo in Los Angeles, and in the Jing’an district of Shanghai—as well as in six locations in Japan.

Studio Khara has confirmed that the tickets that had gone on sale for the previous release date would still be valid.

Watch the new trailer that was shown before Demon Slayer: Kimetsu no Yaiba The Movie: Mugen Train screenings in theatres now: