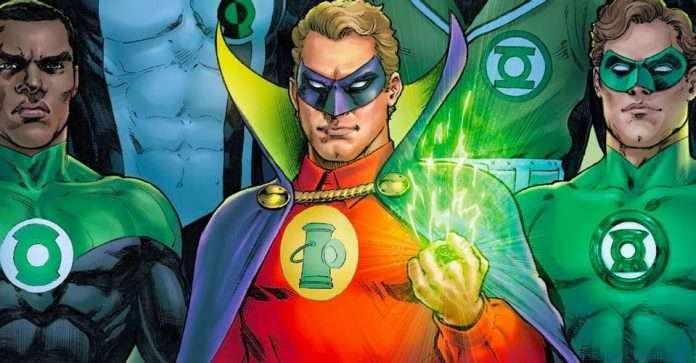 The year was 2011. Henry Cavill still hadn’t quite found his footing as a movie star, Gal Gadot was moonlighting in the Fast and the Furious movies between gigs on Israeli T, Warner Bros. was banking on Green Lantern starring Ryan Reynolds to be the first movie in a larger shared universe of DC Comics films. A DC Extended Universe, if you will.

Unfortunately, Green Lantern was a flop with audiences and critics alike, and its planned sequels were cancelled. But now it looks like the studio is ready to take another stab at bringing the alien-powered hero(es) to the big screen with an assist from HBO Max.

We’ve known that the series has been in the works at the streamer since last year, but on October 9, HBO Max finally confirmed that they’ve put in a series order for ten hour-long episodes. Marc Guggenheim, who co-wrote the 2011 film, is executive producing, along with Abraham Lincoln: Vampire Hunter scribe Seth Grahame-Smith, who will also serve as show-runner.

This is the first real news that has dropped about the series in a while, and it sounds like a positive step toward dusting off the alien series and getting it to DCEU fans. The announcement of the series order also included a few exciting details about what the expect from the show itself.

That multitude of Green Lanterns (Greens Lantern?) will be prominent in the upcoming HBO Max series. According to Variety, the show will feature multiple popular characters who have picked up the lantern, such as Guy Gardner, Simon Baz, Jessica Cruz, and Alan Scott, the first-ever comic book Green Lantern.

There’s no word on Hal Jordan, the character Reynolds portrayed in the 2011 film, but Variety did report that supervillain Sinestro and alien Green Lantern Corps member Kilowog will leap off the pages of the comics and onto TV screens.

As for who is being cast to play these characters, there’s no news on that front quite yet. There also hasn’t been an announced release window. The wait for HBO Max’s Green Lantern series will likely be a while longer, but thanks to this news, we at least know that it’s officially on the way.

Marvel movie news gives more excitement to fans than any other actual movies. Christian Bale, who is set to play the villain in Thor...
Read more
Disney+

For more than a decade, as Marvel Studios has taken step after step to become the entertainment juggernaut par excellence that we know and...
Read more