The News Fetcher
Home Movies Marvel Next Spider-Man Movie To Be A Live-Action Spider Verse With Andrew Garfield...
MoviesMarvel 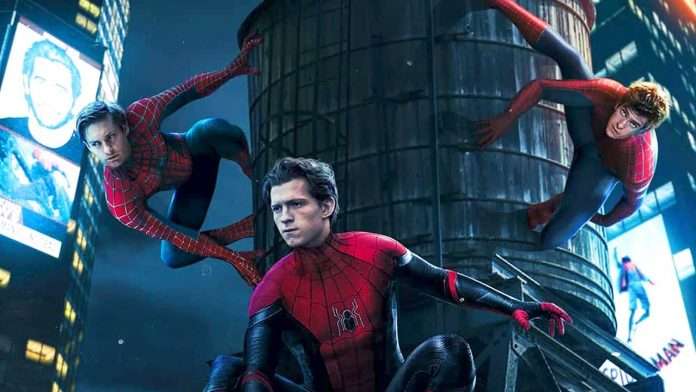 There was a time, not very long ago when the idea of having multiple actors play different versions of the same comic book character felt crazy. How could studios expect audiences to keep up with multiple iterations, especially if they all stood side by side in the same film? Thanks to the resounding success of 2018’s animated hit Spider-Man: Into the Spider-Verse, this hypothetical concern became less abstract.

The movie brought several unique web-slinger incarnations together for one dimension-hopping crossover adventure, and audiences ate it up. There’s only one catch: Into the Spider-Verse was an animated feature. Surely, this same device couldn’t work as well in the live-action Marvel Cinematic Universe.

On the contrary, audiences appear more than eager for Sony and Marvel Studios to give it a swing. Shortly after the rule-abiding Into the Spider-verse came out, many viewers immediately started campaigning for a live-action adaptation.

The very thought of uniting all of the big-screen Spider-Man incarnations — Tom Holland, Tobey Maguire, and Andrew Garfield — is enough to catch the attention of even the most casual Marvel fan. It’s the stuff nerdy dreams are made of, and if there’s any merit to recent rumors, those dreams may come true in the near future, much to the delight of webheads everywhere.

Despite The Amazing Spider-Man 2 earning quite a few tepid responses at the time of its release, one of its main villains is getting another shot at glory. On October 1, The Hollywood Reporter broke a shocking bit of news (get it?) that Jamie Foxx would reprise his role as Max Dillon, AKA Electro, in an upcoming Spider-Man movie.

Fans were initially surprised, but a bit confused since Andre Garfield’s Spider-Man series takes place in an entirely different continuity than those starring Tom Holland. Meanwhile, others immediately jumped to the conclusion that a live-action Spider-Verse movie had to be on the way.

With little detail to work off of at the moment, speculation is running rampant over how Foxx’s electrical antagonist might factor into the upcoming Spider-Man 3. However, in the time since the casting announcement went public, the actor has chimed in with some interesting details about his character.

In a now-deleted Instagram post, he expressed his excitement to return and also revealed that this particular Electro incarnation “won’t be blue.” With that in mind, all signs point to a soft reboot for Electro in the MCU, but don’t let that dampen your multiverse dreams, as there’s still hope yet.

Morbius may connect Tobey Maguire’s Spider-Man to the MCU

In January of 2020, the first trailer for Sony’s Morbius solo film dropped online and really got people on the internet talking. One of the most hotly-debated details was in the background, displayed for only a brief moment and not in great detail. The clip shows off a poster of Spider-Man with the word “murderer” written across it, which makes sense given the cliffhanger ending of Spider-Man: Far From Home.

The Daily Bugle’s J. Jonah Jameson (J.K. Simmons) figuratively unmasks Tom Holland’s Peter Parker and labels him a murder. He goes through the trouble of doing this as payback for “killing” Mysterio (Jake Gyllenhaal), who the public hailed as a hero. As a result, popular opinion isn’t in the young Avenger’s favor at this point, so, as the Morbius teaser depicts, desecrating his image with graffiti isn’t too far-fetched.

These details line up perfectly until you take a closer look at the image of Spider-Man on the wall. It just so happens this is the same suit that Tobey Maguire wore in Sam Raimi’s Spider-Man trilogy, albeit the version players can use in the PS4 Spider-Man video game.

As if this wasn’t confusing enough, the plot continues to thicken as the trailer comes to its conclusion, revealing Michael Keaton’s return as Adrian Toomes, better known as the Vulture, who went to jail at the end of Spider-Man: Homecoming.

It appears that some other Marvel properties are also doing their part to set the stage for a live-action Spider-Verse. For one, the upcoming Disney+ series WandaVision recently unveiled its first trailer and gave fans a glimpse into how the show is going to play out. To put it simply, the series is a trip, whipping the two titular heroes through a myriad of what appear to be alternate realities.

The implication is that either one or both of them managed to unlock some secret, universe-warping abilities since audiences saw them last, a revelation that should feed directly into Doctor Stephen Strange’s next big-screen outing.

In the title alone, Doctor Strange in the Multiverse of Madness promises a look at alternative timelines and dimensions previously inaccessible to the more grounded heroes of the MCU. As the Sorcerer Supreme, he can travel across space and time on his own, but, since Wanda Maximoff (Elizabeth Olson) is also on the cast list, it’s likely their powers combined will open their universe up to those previously unexplored. Their adventures through the multiverse could set the stage for Maguire and Garfield to return, and bring a Spider-Verse movie to life with Tom Holland.

Time will tell if this is in the works, but the components are already there, regardless. Although it has yet to be confirmed, seeing three generations of Spider-Man actors team-up on the big screen is more likely than you’d think.