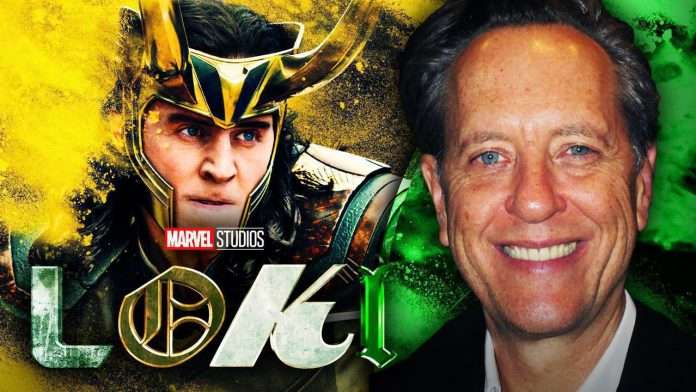 Richard E. Grant is one of those actors that finds his way into everything we love. He’s been in Star Wars. He’s played multiple roles on Doctor Who, Game of Thrones, Downton Abbey, Girls — the list of astonishing franchise credits goes on. Now he’s got one more to add in it his IMDb page, and it’s a big one.

Richard E. Grant has officially confirmed that he’ll be entering the MCU via the upcoming Disney+ series, Loki.

There were already rumors that, not only had Grant been in talks to join Loki, but that he had already signed on. Today’s tweet from Grant, reading “[Tom Hiddleston] and I have talked about working together for some years and finally get to do so in LOKI” is a final confirmation from the man himself.

This is not Grant’s first time working with Disney. In Star Wars: Episode IX – The Rise of Skywalker, he played the First Order’s Allegiant General Pryde. Grant has also been in superhero projects, specifically an X-Men project back when Fox was its own entity and held the X-Men IP as an island apart from Disney and Marvel Studios. When that franchise was still a thing, Grant played Dr. Rice in Logan, the epic final chapter of Hugh Jackman’s Wolverine story.

This latest development is no doubt exciting news for fans of the MCU. The question remains, however: Who will Grant play in Loki?

Who is Richard E. Grant playing on Loki?

Loki is a trickster god, so it’s almost impossible to guess who Grant could be playing because there’s so much we don’t truly know about Loki himself. Yes, he likes to rule the Earth. Yes, he desperately loves possessing a reality-bending Tesseract. We know he thought it was hilarious that time he turned Thor (Chris Hemsworth) into a frog!

He’s pretended to die saving Thor in Thor: The Dark World. He’s genuinely died saving Thor in Avengers: Infinity War. But other than all that stuff, there’s a lot we still can’t say for sure.

Interestingly, when Grant tweeted about joining the Loki series he included a picture of him and Hiddleston side by side, both staring directly into the camera with their piercing blue eyes. And we wondered — is this a hint? And if it is a hint, where is that hint leading us?

@twhiddleston and I have talked about working together for some years and finally get to do so in LOKI pic.twitter.com/Ccft4GZgYg

We offer you two possibilities: The first possibility is that Grant is playing Laufey, king of the Frost Giants of Jotunheim, and birth-father of Loki. Let’s face it if there’s one Loki story we haven’t gotten that would be absolutely fascinating it’s one that reunites father and son.

The second possibility (and stay with us on this one) is that Grant is also playing Loki. Loki can look like anyone. In the comics, Loki was a woman for a while. In fact, when it was revealed that Sophia Di Martino was cast as a co-lead for Loki a lot of people assumed she would be playing Loki as a woman. If that turns out to be true, then there’s no reason Grant couldn’t be playing Loki, too.