The News Fetcher
Home Celebrities Sophie Turner and Joe Jonas Got noticed for the First Time After...
Celebrities 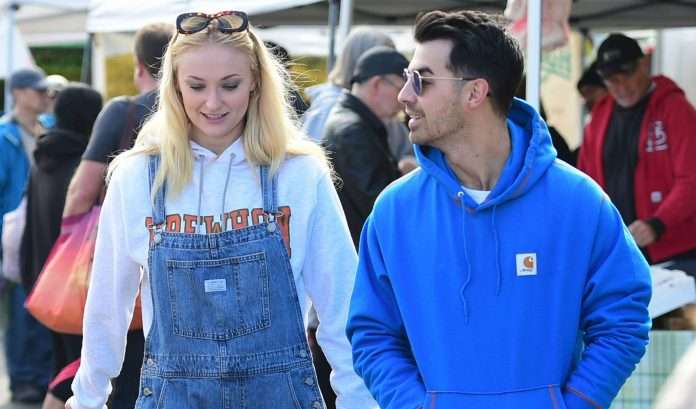 Sophie Turner who is 24 years old is an impressive actress who did a phenomenal role as Sansa in the television series “GAME OF THRONES’’ as a debutant. Then she got married became a wife and now a new mother in own.

Turner was in a relationship with Joe Jonas since 2016. The duo got married in the year 2019. While Jonas is a well-known singer, songwriter, and actor. He is also a member of the JONAS BROTHERS which is a pop-rock band. Now the couple is a new parent for their girl baby Willa Jonas. their bond became stronger after Willa`s entry.

After a month of Willa’s arrival, the pair have been spotted in their Los Angeles neighborhood. The couple was walking hand in hand. She was clothed in a striped t-shirt with white pants along with a black mask. While her husband was dressed in black shorts, a black hoodie, and a black mask.

Advertisement
Advertisement
Facebook
Twitter
Pinterest
WhatsApp
ReddIt
Previous articleChristopher Nolan’s Tenet: The Movie That Saw The Face Of The Theatres After Six Months
Next article“Keeping up with the Kardashians” coming to an end: E!