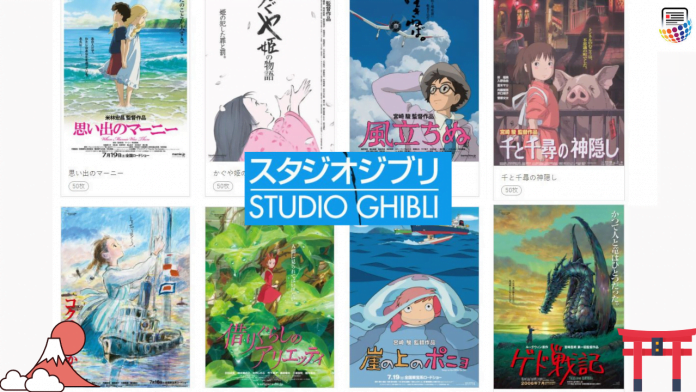 Studio Ghibli is the iconic anime studio founded by Hayao Miyazaki, Toshio Suzuki, Yasuyoshi Tokuma, and Isao Takahata. They are in news recently because the anime studio has released a massive 400 hi-res images from eight of their movies.

Images of the following movies are out on their website.

Studio Ghibli has mentioned that it will release hi-res posters from all of its movies soon.

The studio, which has historically been very protective in its stance regarding the distribution of its films and images—but it now appears to have loosened this position. Earlier this year, Studio Ghibli released its movies on Netflix and offered us with Zoom backgrounds.

However, co-founder Toshio Suzuki included a message with this notice: “Please use these [images] freely within the scope of common sense”; so while you can’t use these to sell your own Ghibli knock-off merch, using them for screensavers or Zoom backgrounds probably falls under the category of common sense.

Only shots from eight of their classic movies: Spirited Away, The Wind Rises, Ponyo on the Cliff by the Sea, Tales from Earthsea, When Marnie was There, The Tale of Princess Kaguya, The Secret World of Arrietty, and From Up on Poppy Hill have been released so far, but you can be sure that there’s hope for more free drops soon!

Update: Pictures for many new movies has been released here. There is still the reminder to “continue to use freely within the bounds of common sense”.

Here is the list of movies for which new images have been published: