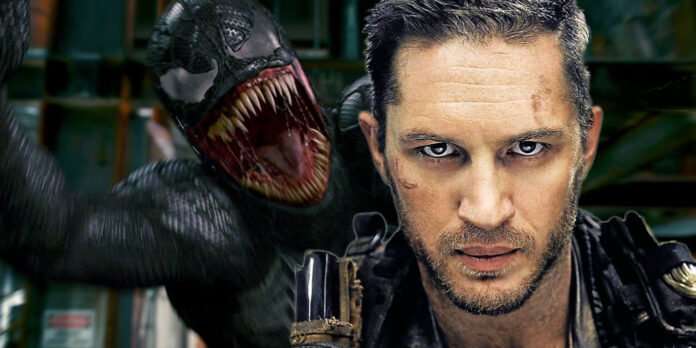 Tom Hardy has confused the fans once again in a recently deleted post relating to Venom: Let There Be Carnage.

ComicBook.com‘s Brandon Davis shared a deleted post of Tom Hardy, featuring a gigantic version of Venom chomping on Spider-Man, which gave rise to rumors about its meaning. However, Hardy is a professional and probably won’t give away his film’s biggest twist. While it is not clear why Hardy deleted the post, the 42-year-old definitely confused the fans.

Comic book movie fans are excited about Venom 2, with the sequel directed by Andy Serkis set to bring Tom Hardy back as Eddie Brock while adding Woody Harrelson’s villainous carnage to the mix. The official news and the first teaser poster have been revealed on Sony, with the tragic news that the film has been pushed back from its original release date.

Venom: Let There Be Carnage‘s new release date is June 25, 2021, three weeks ahead of the untitled Spider-Man: Far From Home sequel. Despite hopes that Tom Holland’s wall-creeping hero might appear in Venom 2, Hardy’s post Let There Be Carnage makes fun of the idea of ​​Venom winning the fight.

Venom has managed to prove its critics wrong, and with even more hype surrounding Let There Be Carnage, Serkis’ sequel may overshadow Spider-Man.

The idea of Tom ​​Holland appearing in Sony’s big Spider-Verse has gathered momentum for months. Things went awry with the release of the Morbius trailer and the surprise return of Michael Keaton’s Vulture to Spider-Man: Homecoming. While the studio’s plans are already expanding with films based on Kraven the Hunter and Madame Webb, so Venom 2 will probably set the future of the franchise. Hardy has expressed his love about Holland appearing in Venom 2.