This Very Disturbing Animated Batman Movie Is Landing On Netflix 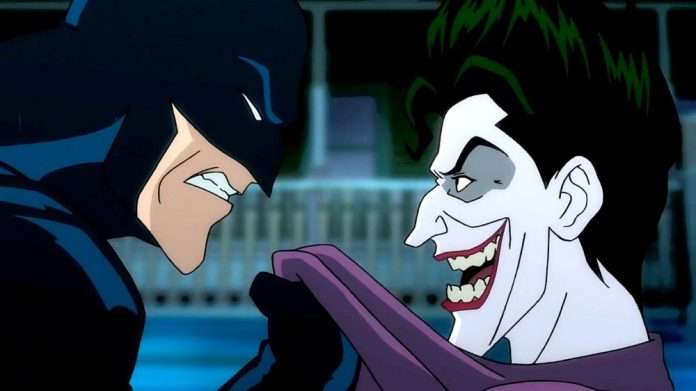 DC’s animated movies and TV shows are some of the best things the DC Universe has to offer. Shows like Justice League Unlimited, and movies like Batman: Mask of the Phantasm, have delighted many fans over the years, so whenever one of these gems hits a streaming service, it’s a big and welcome deal.

Speaking of which, it just so happens that fans of DC’s animated movies in general, and Batman in particular, have a major treat in store. Want to see Kevin Conroy and Mark Hamill — the legendary voices of Batman and the Joker from Batman: The Animated Series — once again return to their classic roles? This week, you can do precisely that, because one of the most famous (and controversial) animated Batman movies is about to arrive on Netflix — Batman: The Killing Joke, an adaptation of the graphic novel of the same name.

Let’s take a look at one of the most talked-about DC animated movies ever, which is due to hit Netflix on Thursday, October 15, 2020.

Batman: The Killing Joke brings one of the most beloved Bat-stories on the screen

Warner Bros.’ Batman: The Killing Joke is based on the legendary comic book by Alan Moore and Brian Bolland, which is such an iconic piece of masked superhero lore that the movie even hit the theaters for one night in 2016 — a pretty impressive achievement for an animated Bat-film.

Without going into spoiler territory, The Killing Joke focuses on two different time levels. In the present, the Joker has hatched a particularly nefarious plot to destroy Commissioner Gordon’s (Ray Wise) sanity, in order to prove his tenet that it only takes “one bad day” to drive a perfectly normal person insane. Meanwhile, in the past, we see the supervillain’s origin story play out … which, indeed, features a single very, very awful day.

The story is famous for its ambiguous ending, as well as the cruel moment where the Joker shoots the former Batgirl, Barbara Gordon (Tara Strong), paralyzing her from the waist down. The latter, in particular, is considered one of the most controversial moments in DC comics to date, and it has even been called one of the more disturbing moments in the entire DC Comics history. As such, Batman: The Killing Joke is not exactly an animated flick for kids. However, for fans who wish to see the legendary story play out on their screens, it is well worth checking out.

Batman: The Killing Joke drops on Netflix on Thursday, October 15, 2020.