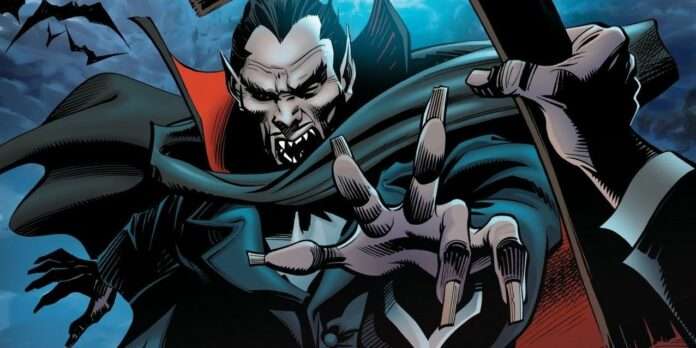 Disney+ Moon Knight Series To Have An Appearance By Dracula:

If recent reports are to be believed, we might see the appearance of yet another Marvel Comics villain in the Disney+ Moon Knight Series. According to Daniel Richtman, Dracula is all set to appear alongside Werewolf by Night in the Disney plus Series.

Who Is Dracula In The Marvel Comics?

Dracula, who will appear in the Disney+ Series, is based on Bram Stoker’s vampire count. He first appeared in Marvel Comics in 1972’s The Tomb of Dracula #1. However, with time, the villain has changed quite a bit. He has moved past his Victorian influences and adopted the mannerisms and appearance of a medieval warlord. We recently saw the character unite all of the vampires in the world to stage a war against the Avengers.

While many fans were of the opinion that Dracula would first appear in Blade, the upcoming movie by Marvel Studios. Moreover, Richtman’s report might confirm the previous speculations about the connection between the Mahershala Ali-led film and the Moon Knight Series. Additionally, we also know about former reports suggesting that Moon Knight and Blade will tie into each other. Therefore, if Dracula appears in the Disney+ Moon Knight Series, he could be the connection between the two.

How exactly the villainous character will play into the series is yet to be revealed. Regardless, it will be exciting to see Marc Spector face off against the iconic villain in the Disney+ series.

Mandalorian's Baby Yoda character is so popular that the character is now being used for U.S. Army. https://www.youtube.com/watch?v=aOC8E8z_ifw Mandalorian Baby Yoda is now in the is...
Read more