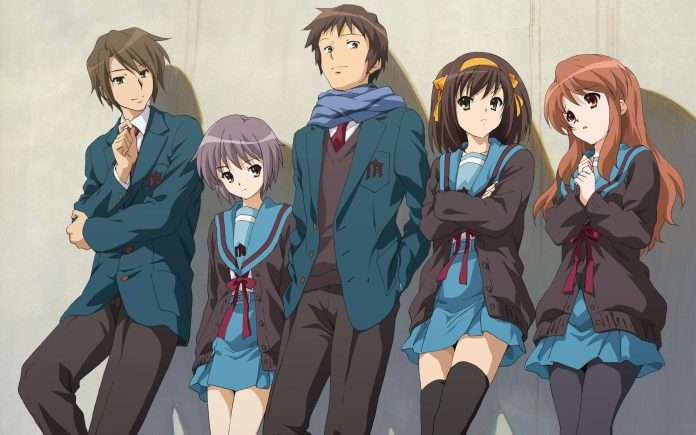 The Intuition of Haruhi Suzumiya is getting a digital English release on 25th November 2020. But that’s not all that fans now have to look out for: Yen Press has announced that there will be a physical release of the English version of the light novel—the first one in 9 years—in June 2021. Not only that, the whole series will be re-released, with new editions of the previous volumes being released every month starting from January 2021. The Intuitions of Haruhi Suzumiya will get a hardcover version, like Yen Press’ older Haruhi Suzumiya light novels, based on the Japanese cover.

We're releasing The Intuition of Haruhi Suzumiya in print June 2021! Leading up to June, we will be releasing new editions of the previous volumes every month starting January 2021! pic.twitter.com/yeHUU6CfzI

According to Yen Press’ Twitter announcements, here is a timeline of the releases of the older editions:

January 2021: The Melancholy of Haruhi Suzumiya

February 2021: The Sigh of Haruhi Suzumiya

March 2021: The Boredom of Haruhi Suzumiya

There are more light novels that will be released between April and May 2021, and all of these will be published with softcovers and the original Japanese cover art for the first time. The “solid colour” paperback covers will not be used for the reprints, and a solid colour limited edition of The Intuition of Haruhi Suzumiya will be published for the collectors.

So far, the digital versions of the Haruhi Suzumiya series were only available in the United States, Canada, and the United Kingdom. However, Yen Press confirmed in a tweet that they have worldwide rights to Haruhi Suzumiya and that this issue will be fixed very soon.

Will you be expanding the ebook availability? 3 countries is pretty measly. pic.twitter.com/GJ1Rue7lIy

The pre-orders for the reprinted English versions of the novels will be beginning in this week.