The News Fetcher
Home Celebrities Robert Downey Jr. and His Son Have Something In Common, and It's...
Celebrities 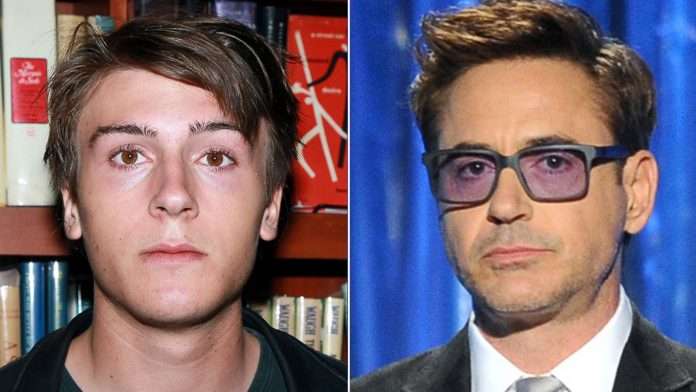 The legendary story of RDJ is well known to all of us. His life is one of a man pulling himself out of the depths and making his mark in the world. Today, he is the godfather of Marvel, and he has brought Iron Man aka Tony Stark, the billionaire playboy, to life. His personal life is something that surely rivals the life of his on-screen persona. 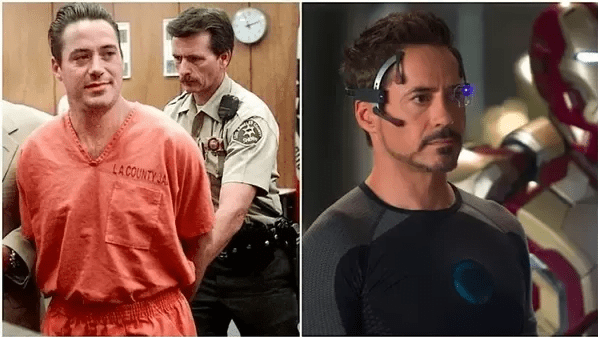 RDJ did not have a great childhood, and his problems with addiction were the by-product.  Born to actor Robert Downey Sr and actress Elsie Ann, he and his sister had a childhood that was anything but ordinary. Both his parents became addicted to alcohol and drugs, and RDJ was allowed to try marijuana when he was just 6 or 7 years old. For Downey Jr, it felt like a moment of bonding with his father, a time where he could feel his father’s love.

He expressed in an interview that “When my dad and I would do drugs together, it was like him trying to express his love for me in the only way he knew how“. This habit continued into his teenage years, and even when he started acting. He married Deborah Falconer, an actress and singer, in 1992; two years later, their son Indio was born. But this marriage ended in divorce because of his issues with addiction.

From 1996 to 2001, RDJ served many terms in the county jail for the possession and abuse of drugs. His redemption came in the form of love: when he met Susan Levin. His career then rocketed when he took upon Iron Man and the mantle of Sherlock Holmes. He meticulously built himself up and is now a living testament to hard work and success.

It came as a shock to everyone when news about RDJ’s son Indio being arrested for possession of cocaine in 2014 near West Hollywood was released. Many wondered whether his son was following his father’s path. Interestingly, out of RDJ’s three children, only Indio has dabbled in acting. He first appeared with his father at the age of 9 in Kiss Kiss Bang Bang, after which he went on to pursue his music interest. He has his own rock band now, called The Dose.

Perhaps Downey’s own fight against addiction helped Indio in conquering his. After his arrest, Indio went into rehab for 18 months; and in 2016, his case was dismissed by a judge when he completed the program without any fall-backs. All through his trial and rehab, RDJ stayed by his son like his rock. He came to every courthouse hearing and showed his support and love for his son. Perhaps this was one of the greatest strength that helped Indio to recover from his addiction.

At the time of Indio’s arrest, Downey Jr had said, ” Unfortunately, there’s a genetic component to addiction and Indio has likely inherited it. Also, there is a lot of family support and understanding and we’re all determined to rally behind him and help him become the man he is capable of”. Addiction and drug abuse can be passed down from one family member to another. What is much needed is the family’s willingness to help one another overcome this addiction.

Robert Downey Jr. Reveals He Was Busted for Smoking Pot at Disneyland

RDJ, in an interview with Vanity Fair, talks about his son’s addiction and a stark truth behind it. He reminisces about the time as “He’s his mother’s son and my son, and he’s come up the chasm much quicker than we did. But that’s typical in the information age; things get accelerated. You’re confronted with histories and predispositions and influences and feelings and unspoken trauma or needs that weren’t met, and all of a sudden you’re three miles deep into the woods. Can you help someone get out of those woods? Yes, you can. By not getting lost looking for them.”

I firmly believe that it was RDJ’s guidance that helped Indio to overcome his addiction. Both took up the chance life had handed them, and have redeemed themselves out of dire situations. This shows that anyone can be saved if they’re shown love, care, and patience. RDJ is not only a hero onscreen, but he is a bigger man off-screen and has been monumental in influencing many young people with his life. Both father and son have shown the world that strength lies within: once you find it, you can overcome anything.

Most importantly- it’s okay to ask for help and to be in need of help.

Tom Ellis has made his fans furious after he went on a blocking rampage on Twitter. Tom Ellis is Over Party From October 25, 2020 night,...
Read more
Celebrities

Is this the most controversial celebrity photo cropping incident since Diddy famously cut Kendall and Kylie Jenner out of his Met Gala photo? Robert Downey...
Read more