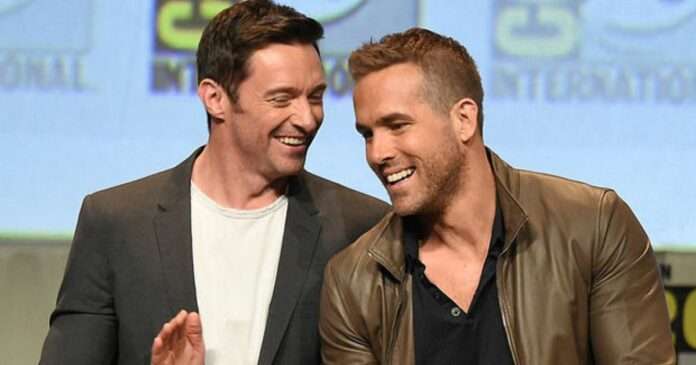 Ryan Reynolds and Hugh Jackman are in no mood of fake making up and fake ending their very fake feud.

In fact, they can’t seem to stop fanning its fires by trolling each other online. So much so that if we are not even sure if they were secret BFFs, it would definitely feel very Kim vs Taylor, with strong Paris vs Lindsay energy.

In fact, Reynolds seems to have gone full-on Kanye-At-VMAs with some serious-ish shade, for now, Emmy nominated castmate.

In a video shared by Jackman on Twitter, Reynolds can be heard saying:

“Buddy, congratulations! Just heard that you got an Emmy nomination. That’s just crazy. That’s crazy, not because you don’t deserve it… well.”

It’s hard to understand what we mean here; just watch the 11-second clip for yourself.

Reynolds doesn’t seem to have tweeted since he uploaded it, so we can’t know for sure if he knows whether it’s out. The suspense is killing us!

The two have been in a fake public feud since 2015 when they started making a tweet that was amusing but back and forth a few trolley tweets.

So seeped into the fandom is this whole thing that people are genuinely begging for a Wolverine vs Deadpool movie just to see the rivalry play out on screen.

In February last year, the pair called for a similar deal where they promised to advertise for each other’s businesses, but unfortunately, it didn’t turn out exactly as expected.

Jackman is nominated for Best Lead Actor in a Limited Series for his role as Frank Tassone in Bad Education.

If nothing else we’re rooting for him to see how Reynolds reacts.