According to the LA Times, the Anaheim-based theme park has been granted a building permit to start the expansion, with construction reportedly valued at over $14 million.

The new land will sit in the company’s California Adventure Park, where it already has a Marvel offering in the form of its Guardians of the Galaxy – Mission: Breakout! ride.

Presently, the area where construction is happening is blocked by a large temporary wall, looks like Tony’s getting into the theme park business.

The site marked with ‘Stark Industries’ logos, a nod to the Iron Man films from the franchise.

Disney had previously revealed the news it would open a superhero-themed land, although the brand has stayed tight-lipped about what this will entail.

However, it has already revealed that they were aiming to begin “recruiting guests” in 2020 at the resort.

At the time, the company said that alongside the Guardians of the Galaxy offering, fans could expect appearances from Spider-Man and the Avengers “in what will become a completely immersive Super Hero universe”.

It does seem that the Guardians of the Galaxy ride will remain the crux of the new land, although it’s not yet clear whether there will be other attractions.

It’s another step in a big expansion for the two parks in California. 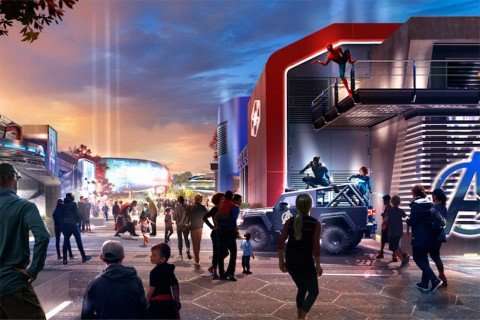 Highlights of the Theme Park

Highlights include a brand new Millennium Falcon-themed ride where guests can pilot the iconic ship, to interactive games on the Play Disney Parks app where you can hack into droids and unlock hidden secrets.

It’s not just in California where Marvel fans will be able to get their fill though. A little closer to home, Disneyland Paris has heaps of superhero-themed adventures with its Season of Super-Heroes seasons.

In fact, the theme park’s Walt Disney Studios Park is due to also undergo an expansion, which will include a completely new Marvel-themed roller coaster.

The new ride will see the current Rock ‘n’ Roller Coaster Starring Aerosmith attraction completely transformed into the world of heroes. This includes the Avengers, promising to offer guests a “high-speed, hyper-kinetic adventure”.

There will even be a themed hotel, Disney’s Hotel New York – The Art of Marvel, with rooms which will make for “a residence fit for Tony Stark himself”. 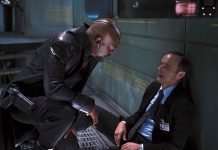