It’s apparently known for all Marvel fans that Hugh Jackman has resigned from his role as Wolverine and that Disney is planning to reboot the X-Men franchise after X-Men: Dark Phoenix.

Tom Hardy has been rumored for the part. So has Suicide Squad star Jai Courtney and The Hobbit Trilogy’s Richard Armitage. Lanky as he may be, Hollywood A-lister Keanu Reeves has expressed interest in the role.

Now, it looks like DC’s Aquaman star Jason Momoa is also interested in the part. Speaking with fans at this year’s Celebrity Fan Fest in San Antonio, the Game of Thrones actor who had become DC’s Arthur Curry was asked which Marvel character he’d ever want to play if he’d be given the chance to join the Marvel Cinematic Universe. 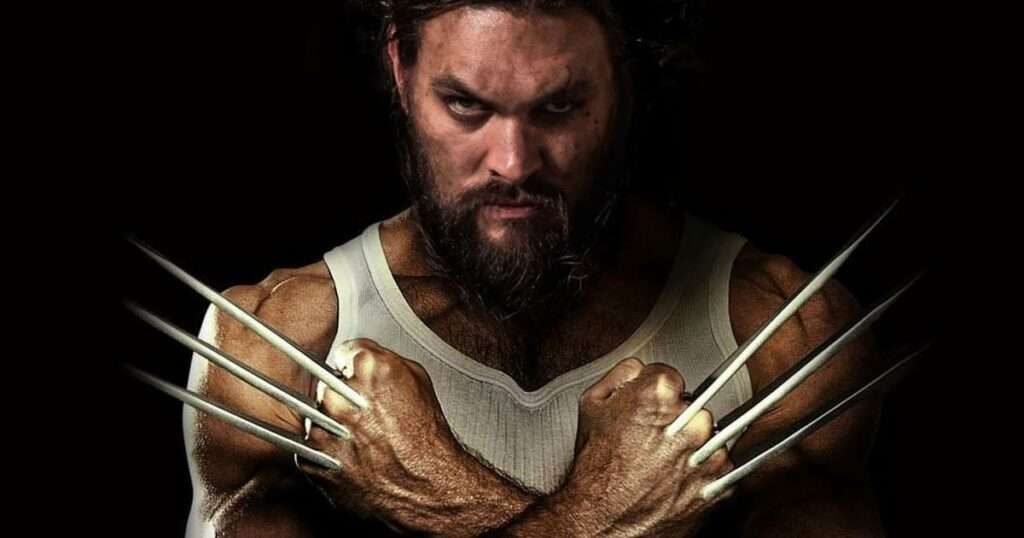 Discussing the points about how Jackman retired from the role, Momoa praised the Australian actor, calling him “phenomenal,” and saying that he was a large part of why he loves Wolverine.

The idea of Momoa as the new Wolverine may seem rather exciting, but it might not be possible considering his commitment to the DC Extended Universe.

Warner Brother’s Aquaman movie was a total success, and fans are looking forward to a sequel.

Not only that, but Marvel isn’t rushing the X-Men reboot. Marvel Studios is going to take its time bringing the X-Men into the MCU – unsurprising considering how X-Men: Dark Phoenix turned out.

Jason Momoa is a big, strong, and sweet guy who will be perfect for the character of ‘Wolverine’.

‘Logan’ is the same big, strong but ultimately kind-hearted and Jason would be so out there with the role it is nice to imagine him in the role.

The Greatest Showman star Hugh Jackman has been the face of Wolverine since the original X-Men movie in 2000, but after 17 years and eight films, his time as the mutant came to an end two years ago, with Logan.

Jackman spoke about moving on from the role last year when he told MTV News:

“It’s a bit like you’re at the greatest party you’ve ever been at, you’ve been dancing for an hour and a half, and then you’re just like ‘It’s time, ok. If I stay any longer, it’s gonna get ugly.’ It’s like, it’s time.”

Considering that the X-Men are still a long ways away from joining the MCU, according to Kevin Feige, casting won’t happen anytime soon.

And, considering Marvel’s incredible ability to cast the perfect person in a role, even if it seems off at first, who knows in what direction the studio will go once they start bringing mutants into the fold.

Fans can rest assured, though, that they will pick the right person for the job, every time.

Mark Millar Declares Taron Egerton Will Be the Next Wolverine

James Howlett born in the Northwest Territory of Canada in 1832 was a mutant with healing powers & claws in the X-Men Comics &...
Read more