Bucky Sports New Look In Falcon And The Winter Soldier 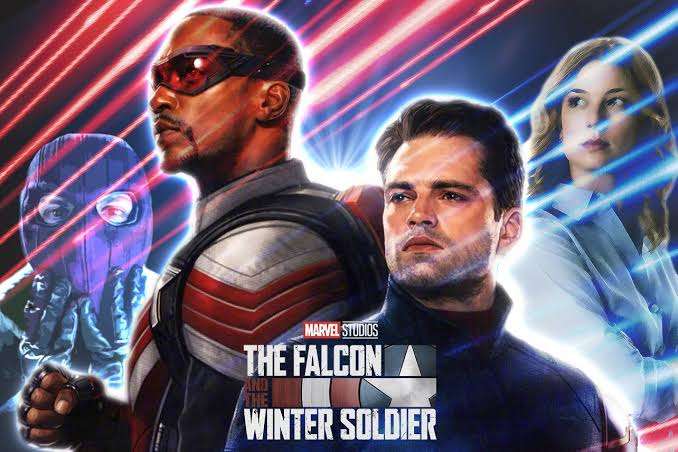 Sebastian Stan has been playing Bucky Barnes since Captain America: The First Avenger back 2011. Over the past decade, we’ve seen Bucky in his World War II-era finest, we’ve seen grungy Winter Soldier Bucky, and of course, we have all born witness to Wakanda’s own Bucky with the Good Hair.

Long, silky, someone-told-him-to-take-some-turmeric hair Bucky is in the endgame now, the literal end of everyone’s line, and will absolutely throw down hard to keep you safe.

In summation: Bucky’s hair matters a lot. So when it was announced that he would be starring alongside Anthony Mackie as Sam Wilson in The Falcon and the Winter Soldier on Disney+ in 2021, the question of what style of hair Bucky would have this time weighed heavy on the minds of Barnes fans everywhere. Thankfully, we now have our first glimpse at what Bucky will look like on the new series

A new promo image has turned up on various retailers’ websites featuring both Sam and Bucky. It’s not a huge picture and it only shows our two heroes from the shoulders up, but that’s enough for our hair-obsessed purposes.

To get it out of the way, Sam Wilson looks like Sam Wilson. There’s nothing about his grey and red costume that suggests a big push towards him being the next Captain America just yet. He’s definitely wearing goggles, though, so we know the Falcon will be in flight.

Let’s talk about Bucky Barnes, though. The sad news first: those long, silky locks are no more. Clearly, along with Natasha Romanoff (Scarlett Johansson), that perfect hair was one of the few things that stayed gone after Avengers: Infinity War.

On the plus side, Bucky seems to have the modern equivalent of the hair he used to have back in the old Marvel Phase 1 days. In other words, it is probably safe to say that Bucky is about to find a whole new way to be there for Sam until the end of the line.

We’ve still got a little while to wait on more concrete details since The Falcon and the Winter Soldier’s filming was shut down in mid-2020. However, filming is presently back up and running in Atlanta as of this writing, so we should be seeing more (including more of Bucky’s hair) soon.

Marvel movie news gives more excitement to fans than any other actual movies. Christian Bale, who is set to play the villain in Thor...
Read more
Disney+

For more than a decade, as Marvel Studios has taken step after step to become the entertainment juggernaut par excellence that we know and...
Read more