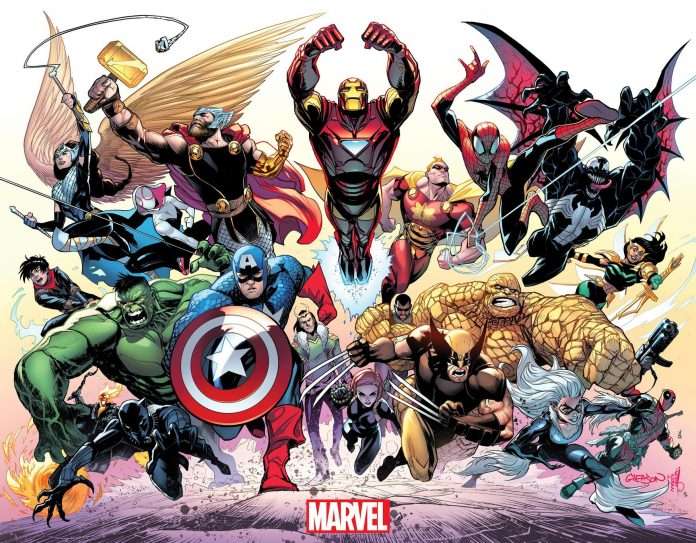 For years comic books were the only pals of so many socially awkward kids across the globe. In other words, they were the sidekicks of the nerd species.

Now, finally, humans have evolved a little better and began to let people do what they want and not judge them for that. Comic books take you to a universe where superheroes are present and allow you to live in it as long as you like.

MCU has become a fan favorite worldwide, and everyday people are being introduced to Marvel’s Cinematic Universe. If you saw the movies and loved it, then you might wanna read these comics too.

Have you ever read fan theories and in that the fans go on and on about this is how it happens in the comics and blah blah…..maybe we couldn’t give you every comic to read to catch up with them. Still, we can definitely give you enough to cover the base and know the MCU from the comic book perspective.

From the beginning, we knew a brooding mega villain was sitting in the spaceship ready to destroy the world. Comic book fans were quick to find it was Thanos. It was easier for comic fans to immediately explain to us about the gauntlet and the stones and everything about Thanos.

The reason being, the story may not be everything, but some of it was derived from this comic book. Avengers: Infinity war may not be entirely the same as the Infinity Gauntlet, but has the same overall storyline. To know more about the stones, why Thanos was doing it and how he became one of the strongest and had the power to yield it and destroy it, you should read The Infinity Gauntlet written by Jim Starlin.

This Iron Man comic written by David Michelinie and Bob Layton gives some insight into Tony Stark’s dark side. We love Tony Stark, and we love RDJ more, but both in real and virtual life, they had to handle addictions.

Tony Stark has problems, not just one, but many. Pepper Potts and the Avengers kept him from sliding back. The comic book brings out Tony’s drinking problem and Iron Man 3 kinda makes an excellent sequel to the comic book “Iron Man: Demon in a Bottle”. You would see Iron Man 3 in a different angle after reading this comic book as it kinda gives you the PTSD period of Tony’s alcoholism. Also, we meet the idiot and so-called self-declared worthy opponent of Tony, Justin Hammer for the first time in this comic book.

A new version of the Spidey Universe called Ultimate Universe was written for a new generation of fans out there after Marvel filled bankruptcy in the 1990s.

Written by Brian Bendis and Bagley it takes a whole new universe with new adventures and discoveries for the web-slinging hero. It ultimately set the foundation for ‘Ultimates’.

The Ultimates is the comic book new version of Avengers in the Ultimate Universe. The Avengers (2012) movie might have some striking similarities with this comic book series.
Except for Wasp and Giant-Man, they were the only ones missing in the movie which on the contrary were present in this new edge comic series written in 2002 by Mark Miller.

The movie which formed the foundation for the MCU Iron Man 1, and also Iron Man 3, were inspired by these comic books written by Warren Ellis. This is the classic Iron Man storyline which gives us a clear and more in-depth insight the journey of Tony Stark from a playboy philanthropist to a hero who would sacrifice himself again and again for the greater good.

This comic book was the direct inspiration for the movie of the same name. Writer Ed Brubaker didn’t give a rats butt on the unsaid rule of keeping Bucky Barnes in the dead and not resurrecting him. Well, good for him and us that storyline became our most favourite one and the one we will always be excited to see again and again in the movies. But suppose you want to read the comics, then go ahead. In that case, you might get even get better theories from this about Winter Soldier’s life and future.

Brian Michael Bendis went on the bender and tore the hearts of Comic book fans apart when he released “Avengers: Disassembled” in 2005. The title pretty much is self-explanatory, I guess.

But in 2006 he came back with a new and improvised set of Avengers which left out some and included others like Wolverine, Spider-Woman and The Sentry. Now that half of the original Avengers are either dead on screen, became old or have finished their contract, you can read this comic series to know what will happen next in the MCU. Not precisely what, at least you will have an idea of what might happen or has a chance of happening moving forward.

Thor Ragnarok is supposedly inspired by this comic. The story on how Hulk got there is same and if he went on his own or was set by some Avengers, is the difference there. Hulk lands on Sakaar and the Thor Ragnarok movie covers most of the details from this comic series. It is one of the funniest superhero movies, and also the comic book version is considered the best storyline for the Hulk. This came out the same year as New Avengers and was written by Greg Pak.

The comic book version is basically the same as the movie version. Iron Man and Cap form two teams, one with people who signed the government accord and another who believes in freedom. But the movie version took a deep dive into Steve Rogers connection with Peggy Carter, Sharon Carter and last but not the least Bucky Barnes. Which is not done in the comics, as it has the fighting and fumbling part but nothing personal in it. But you should definitely give the comic a read.

“Black Panther: A Nation Under Our Feet”

Suppose you are a big fan of the Black Panther movie and want to know more about the people of Wakanda and Wakanda itself, on how this glorious city came to existence. In that case, you should definitely read this comic series. It is written by Ta-Nehisi Coates. After the success of the movie and it’s record-breaking blockbuster hit we saw in 2018, we are pretty sure you would be a Black Panther fan too.

As soon as we hear the name Marvel, every favourite superhero of ours comes to our mind. And also, Stan Lee definitely comes to...
Read more
Comics

Some heroes will not shy away to go infinity and beyond to get some action. Here are 5 Marvel heroes who have left Earth...
Read more