The News Fetcher
Home Movies Marvel Did Bucky Know What Steve Was Up To In The Endgame?
MoviesMarvel

Did Bucky Know What Steve Was Up To In The Endgame? 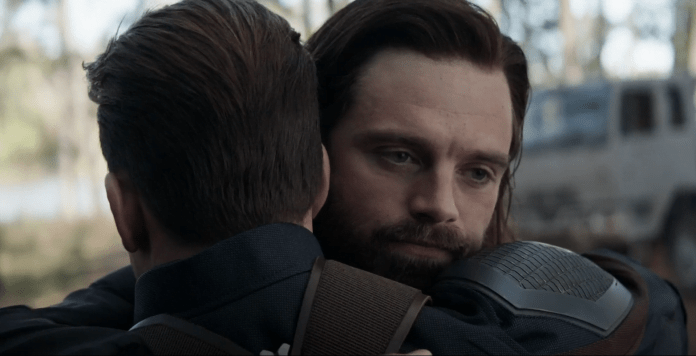 Endgame hinted so many things here and there, and some have been found by fans, and the theories are all over the internet.

But one thing which kept on bugging my minds was, “Did Bucky know that Cap was travelling back to Peggy?” Along with many other theories like was Tony Stark adopted; if Loki was the Eitri in Infinity war? All these have been circling around. But we might have the answer to ‘did Bucky know?’

Many were so heartbroken after seeing Tony’s funeral they just stopped watching. But those who watched till the end, they were left more confused than sad.

I Will Miss You!

Now that Tony had taught Bruce how to use the time machine, he prepares it for Cap to go and return back the stones to its places along with Mjolnir. Before going, he has a strange conversation with Bucky. Now everyone knew that Cap was about to go just for five seconds, but Bucky who is not much of the I will miss you type, says, “I will miss you” to Cap. Now, this is just weird that he would miss him for the five seconds. But when we see Steve comeback old, it makes sense.

Notably, another dialogue of Bucky when Steve says “don’t do anything stupid” is that “how can I, you are taking all the stupid with you”. Now we know that Bucky might not be much of a believer in Time Machine stuff, but this line again confirms that he knew what Steve was up to.

Another incident would be, after the five seconds, everyone seems worried, but Bucky looks calm as a sleeping baby. He quietly turns and then sees Steve sitting in the bench and asks Sam to go meet. Now, as the only family left of Steve in the current timeline, we know how crazy Bucky would’ve been if he saw Steve come back old all of a sudden.

Has His Full Approval

And when Sam is offered the shield, we see him looking towards Bucky for approval kinda thingy. And Bucky nods yes. If all these where spoken offscreen by Bucky and Steve is something, we were not shown.

Falcon and the Winter Soldier

Maybe we will get flashbacks of what happened before Steve went to return the stone, in the current Disney plus series, Falcon and winter soldier.

Maybe we will even find out how Steve was able to appear in the same place they all were standing but old and married. All of those questions might be answered in the series. But to those who were expecting it to release in 2020, we have some bad news. The series even though it has resumed shooting, will be released in 2021 according to Marvel.

MCU movies are filled with secrets and Easter eggs. Some fan theories are accurate, but some are not. But deep down, we all know that Bucky definitely knew what Steve was up to. And Sam will definitely ask Bucky how on earth he knew it. Sam is not the one to keep quiet. Don’t we all know that? Ask, Tom Holland!