The News Fetcher
Home Movies DCEU First Look: Robert Pattinson As Bruce On The Sets Of The Batman
MoviesDCEU

First Look: Robert Pattinson As Bruce On The Sets Of The Batman 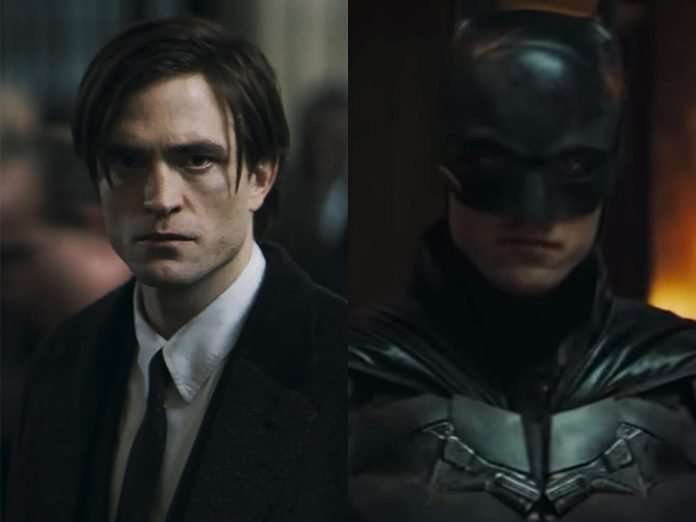 Robert Pattinson has been spotted shooting new scenes on the set of The Batman, which is currently filming on location in Liverpool. It marks the first time the star has been spotted on set since his COVID-19 diagnosis forced the production to briefly shut down in early September, the second such shutdown the production has endured since the start of the pandemic.

The new photos were snapped outside of St. George’s Hall, and judging by the attire of Pattinson and the extras present in the pics, they depict a scene in which a whole bunch of people are attending an event that takes place in a very church-y venue.

Also, there are flowers, and the attendees are near-uniformly wearing black. We’re not going to outright state that Bruce is departing a funeral in this scene, but we will say that it looks like more of a somber event than pretty much any wedding we can imagine.

Here’s another shot, evidently snapped just moments later, with Master Wayne sporting a look one might describe as “angrily determined.” Note that one of the extras in this scene is wearing a face mask, a stark reminder of the multiple monkey wrenches thrown into The Batman’s production — along with, well, virtually every other movie and television series scheduled to shoot this year — by COVID-19.

The news of a positive COVID-19 test on the set of The Batman was first reported on September 3 (via Los Angeles Times), and while the infected party was never disclosed by Warner Bros., sources close to the production confirmed to multiple outlets that it was the star himself who had contracted the novel coronavirus. Fortunately, Pattinson appears to be one of the lucky ones who wasn’t stricken seriously ill, or sidelined for an extended period of time, by the disease. 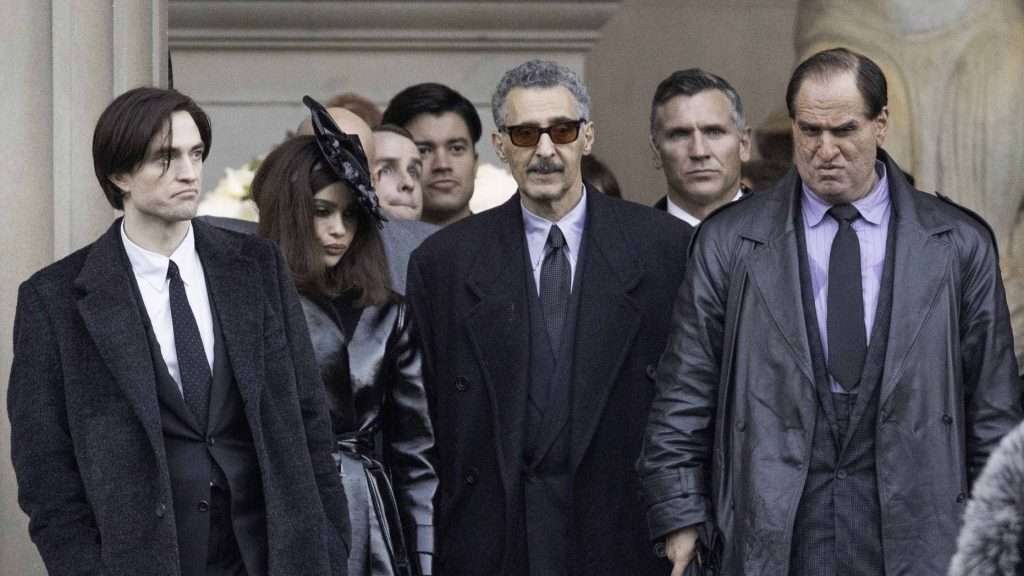 Two weeks to the day after the Times’ report, Elle posted candid photos of Pattinson smooching girlfriend Suki Waterhouse, with whom he has been quarantining, in a London park. The same day, The Hollywood Reporter relayed the information that filming on The Batman had officially resumed, according to a press release from studio Warner Bros.

Of course, these reports were encouraging, but it’s even more of a relief to see R-Patz back before the cameras and looking as Bruce Wayne-y as ever. Hopefully, The Batman will experience no further hiccups in its production; the flick has already had its release date pushed back not once, but twice, and after that killer first trailer, it’s safe to say that the Bat-fandom can’t wait to feast their eyes. It’s currently scheduled to hit the big screen on March 4, 2022.