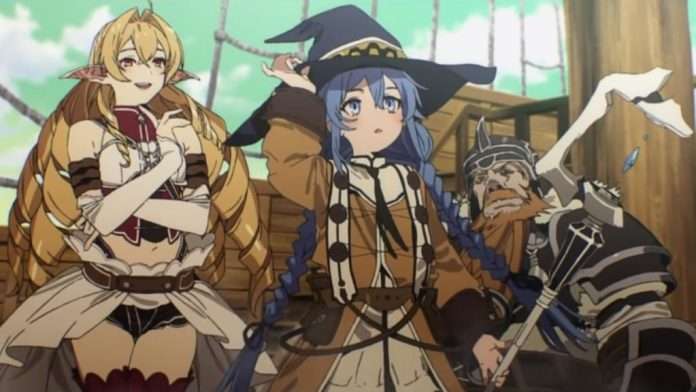 The anime show of Rifujin na Magonote’s Mushoku Tensei light novel series had a live-streamed special. The special announced that January 2021 will be the premiere date. It also announced a new cast member and the first smartphone game for the series. The voice actor of Reijured Superdia of the Super race will be Daisuke Namikawa. Beaglee plans to release a role-playing game as a free-to-play title on iOS/Android next year. The game will also include in-game purchasable content. There was also a promotional video for the game:

The director of the show will be Manabu Okamoto at Studio Bind. EGG FIRM will also have credit for production as well. The character designs will be by Kazutaka Sugiyama.

Both the light novel as well as the manga adaptation are licensed by Seven Seas Entertainment. The company also licensed the spinoff manga Mushoku Tensei: Roxy Gets Serious.

The first volume of the light novel series was published in April 2014 by Kadokawa. The manga adaptation by Fujikawa started in October 2014, which started in Kadokawa’s Comic Flapper magazine. Moreover, the novels and manga had 2.2 million copies in Japan as of October 2018.

Know Why Mandalorian Can never Take Off His Helmet

Thanos fears only one Avenger and that is Iron Man