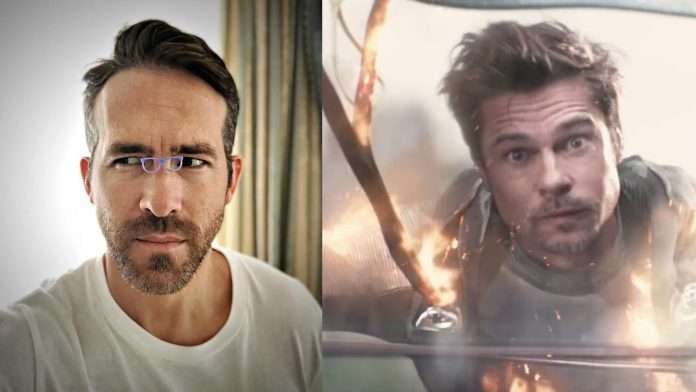 Deadpool 2 saw the title character starting a team called X-Force, which included a special member called The Vanisher, who was completely invisible until he revealed himself as Brad Pitt. It was a very brief guest appearance, but one that viewers won’t forget – and here’s the story behind it.

Deadpool’s big-screen debut occurred in 2016. The film was a huge financial and critical success, paving the way for the sequel in 2018. Titled simply Deadpool 2 (and now directed by David Leach), it follows the same tone and humour as the first. It introduced new characters such as Cable (Josh Brolin), Russell Collins aka Firefist (Julian Dennison), and Domino (Beatz).

As the name suggests, the Vanisher was invisible, so viewers could not see him whenever he was on screen. Sadly, the X-Force team didn’t last much longer, and they all die at the beginning of their first mission (except for Domino, she’s lucky). Bedlam crashes on the bus, Shatterstar is killed when he lands helicopter’s moving blades, Zeitgeist drops into the wood chipper, and when Peter tries to save him, he vomits acid on him, killing him.

Vanisher is just as unfortunate as his colleagues as he too crashes into the cables of the street lamppost and electrocutes himself. This unfortunate incident allowed viewers to see the face of the Vanisher for the first time, played by Brad Pitt. It is a brief portrayal of his career, and being a big name in the film industry, it is strange that he accepted this short role. But it was not hard to convince him.

Is VANESSA To Return IN “DEADPOOL 3”? EVERYTHING You Need To Know!

Brad Pitt could have joined Deadpool 2 in a different role as he considered to play the role of Cable, but he could not commit due to scheduling conflicts. Vanisher originally appeared in the film, but as the script evolved, the creative team behind the film decided that the Vanisher getting killed was the perfect moment for a notable guest appearance, and decided to approach “Hardest get in Hollywood.”

Ryan Reynolds then approached Brad Pitt, whose children loved the first Deadpool movie, and therefore he agreed for a cameo. According to Deadpool 2 co-writer Rhett Reese, Pitt agreed to play Vanisher (whose actual appearance lasts less than two seconds) for a meagre salary and a cup of coffee delivered by Ryan Reynolds.

It looks like Brad Pitt was meant to appear in Deadpool 2 one way or another, and although his cameo is the shortest from an A-list actor in film history, it was an unforgettable one that fitted perfectly with the film’s sense of humour.