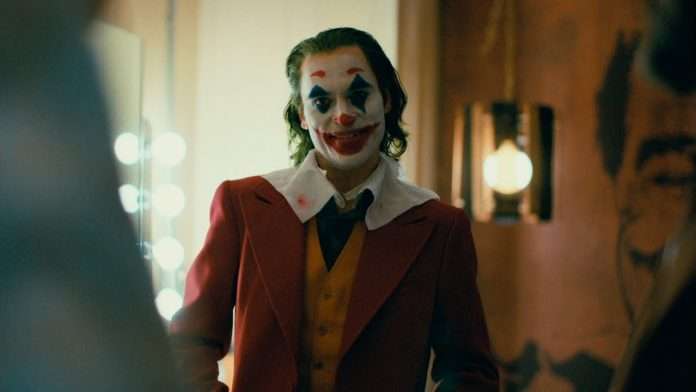 Thanks to one outstanding performance and a whole clutch of awards, it’s a new day for R-rated comic book movies. Once considered a risky proposition, the runaway success of Todd Phillips’ Joker, which stars Joaquin Phoenix in the titular role, proved the formula and then some.

Joker stands alone among the plethora of Marvel and DC offerings as a true paragon of character work and filmmaking puissance. Todd Phillips and Joaquin Phoenix expanded the locus of comic book narratives in cinema, and because their 2019 effort was such a critical and commercial success, Hollywood is obviously looking for a sequel — or two.

That’s right — despite Phoenix’s past suggestions that he considers Joker a one-and-done kind of deal — there are now rumors floating around that Warner Bros. would like to make a pair of follow-up films. According to anonymously sourced reporting in Mirror, Warner would like to lock Phoenix in for two Joker sequels for the aggressive sum of $50 million. Even in the two-comma world of Hollywood A-listers, that’s quite the offer.

Could there be any truth to this rumor? While it certainly sounds like a rational move on the part of Warner, we’re waiting for confirmation to come through slightly more official channels before we start heralding the return of the Clown Prince of Crime.

Joker 2 wouldn’t be the same without Joaquin Phoenix

The unnamed source in the article is quoted as saying, “They plan to make two sequels in the next four years, with a long-term commitment to Joaquin and his Joker director Todd Phillips and producer Bradley Cooper. It’s all about getting Joaquin to accept the terms –- and the biggest payday of his career by far.”

Let’s assume the reporting is accurate, for argument’s sake. It seems reasonable that Warner Bros. might have been taken somewhat by surprise at Joker’s massive box office receipts. Deadpool aside, the history of R-rated comic book fare is certainly spotty; honestly, it’s rare for any R-rated flick to rake in the dough the way Joker did.

It would be almost more unbelievable if the reporting suggested Warner wasn’t trying to lock Phoenix down for a pair of sequels. Apparently, Phoenix was late to commit to the first Joker movie. That tracks with Warner’s alleged attempt to lock him in with a dump truck full of cash.

According to the article, the studio hopes to get the sequels to theaters in 2022 and 2024. That doesn’t leave much time to negotiate. It would seem the ball is entirely in Phoenix’s — and Phillips’ — court.