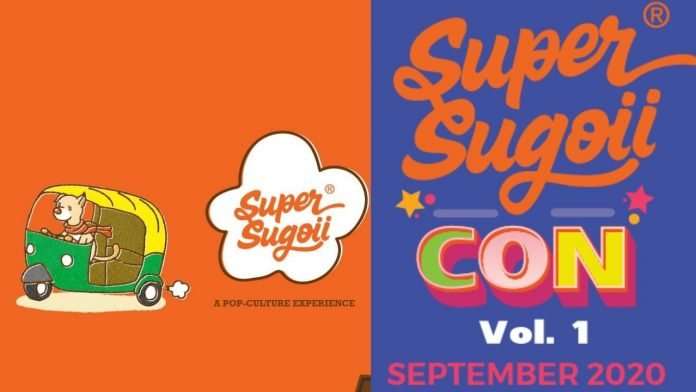 Super Sugoii Con 2020 is going to be an online event.

We are all psyched for the upcoming Super Sugoii Con online event. The first-ever digital immersive experience for lovers and followers of Japanese Pop Culture in India. The event is going on the floor this month of September 27, 2020.

Indian otakus have always wished for some reliable and genuine platforms to access online licensed Japanese anime, manga and other popular culture experiences. And now that we have Super-Sugoii, we are psyched.

Anime enthusiasts in India will be allowed to experience Anime, Manga, Cosplays, Games and much more through the upcoming Super Sugoii-Con event.

The official communication from Super Sugoii page is as follows:

“Team Super Sugoii would like to thank each one of you for all your patience and support towards making Super Sugoii-con Vol 1 a reality! Starting September 1, we will be revealing our guest list to all of you. Do stay tuned and RSVP for the FREE digital event celebrating Japanese Pop-culture in India!”

What to expect from Super Sugoii Con 2020?

Super Sugoii-Con is a Free Digital event dedicated to the Otaku community in India, which will be held on September 27 2020. The event will cater to the various Japanese pop-culture genres such as Anime, Manga, Cosplay, J-pop music and the gaming community. We are expecting more updates in September.

How to Register and Participate in Super Sugoii Con 2020

Due to the COVID 19 pandemic, most of the events such as Comic-Con, Cool Japan Fest, Anime Con, Pune Matsuri/Cosplay Sanctum etc. are cancelled. The organizers are thus trying their hands-on digital platforms.

You can register of the online event here: Super Sugoii-Con

The Event will go live on Monday, September 27, 2020. There is no registration charges and if you are eligible, you could join them as a partner too.

Super Sugoii has announced their first guest for the event. The very-popular TikTok biggie J-POP band ‘ASIANZ’, will be part of Super Sugoii-con. Keeping in mind the admiration of band among Indian crowd, the event organizers have made a master move.

The Event is a free online show which will go live on September 27, 2020. Appoint your dates if you want to enjoy the union of the aesthetics Indian-Japanese culture.