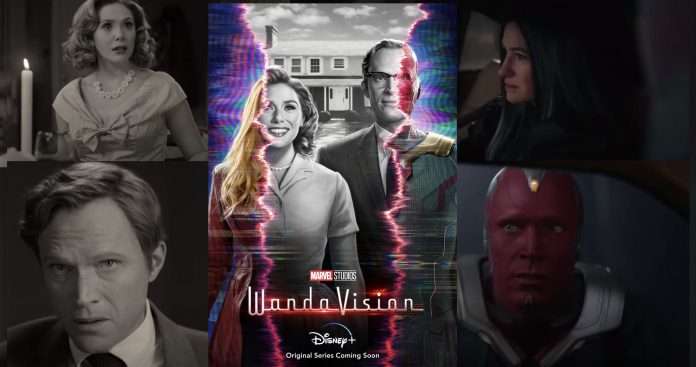 Marvel Cinematic Universe just teased us with the new trailer for the upcoming Disney+ series WandaVision. Earlier today, Marvel also tweeted a poster of the same. 2020 seems to be turning around.

The Teaser Trailer for WandaVision is 1:30 mins and Marvel is putting it’s A-game for its first TV series. WandaVision is said to be streaming exclusively on Disney+(Hotstar Disney+).

The description by Marvel puts WandaVision as “A blend of classic television and Marvel Cinematic Universe, where Wanda and Vision are two powerful being living idealized suburban lives.”

It adds that Everything may not be as it seems. The trailer gives us a vibe that WandaVision will be strongly related to Marvel’s next movie in line, Doctor Strange and Multiverse of Madness.

Earlier Today Marvel also tweeted a poster of WandaVision. It seems the series is going to be based on some alternative reality or at least the reality is going to be teased quite a lot. Nothing can be said for certain except that Marvel’s first TV series (or more so web series) On Disney Plus is going to be awesome.

#WandaVision, an Original Series from Marvel Studios, is coming soon to #DisneyPlus. pic.twitter.com/zJheHLR6Vo